Projects on the books for Hwy 69 includes more than 60 km of roadway being expanded to four lanes, though construction is currently underway on only one section
Jul 22, 2021 10:00 AM By: BayToday Staff 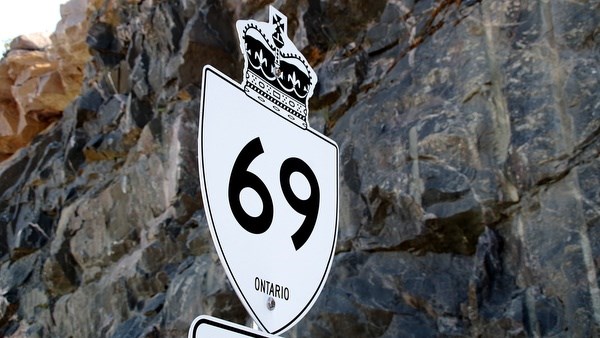 The Ontario government has released the 2021 Ontario Highways Program, an online resource that provides information on highway projects that are planned and underway.

Among the highways on the books is the continued four-laning of Highway 69 between Sudbury and southern Ontario.

Currently underway is the widening from two to four lanes of 14.8 kilometres of roadway north of Highway 522 at the French River. The section is to be completed in 2022.

Also in the planning stages for Highway 69, but with no targetted completion date are the following:

“This valuable information allows people to see highway projects that are being built or planned in their communities and across the province,” said Caroline Mulroney, Minister of Transportation. “It also helps the construction industry by providing a multi-year outlook of planned projects to help them better prepare for the future.”

Ontario has allocated approximately $2.6 billion in funding for 2021-22 to expand and repair provincial highways and bridges​ according to a news release.

The 2021 program is viewable to everyone on the Ontario Highways Program website.

Beginning this year, the published program will include more detailed project information, such as the engineering status, value range, and where known, delivery model. The program will also be updated twice per year.