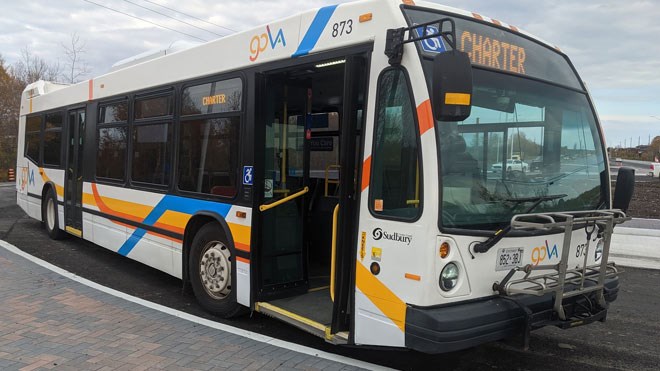 Effective this Saturday, Dec. 7, GOVA Transit will make further adjustments to arrival and departure times in what it says are its ongoing efforts to improve Greater Sudbury's transit network.

The changes mean buses will arrive and depart one or two minutes earlier or later than current schedules, and riders are encouraged to get to their bus stops at least five minutes earlier than they normally would just to be sure they don't miss their bus.

You can find the new GOVA Transit schedules online at GreaterSudbury.ca/Transit or by calling 705-675-3333. Remember, you can always get real-time bus arrival and departure times by visiting MyBus.GreaterSudbury.ca.

The changes taking effect Dec. 7 do not impact schedules at any of the transit hubs. Buses serving the hubs — the Downtown Transit Centre, New Sudbury Centre and South End Walmart — are not affected,and current arrival and departure times remain unchanged.

Additional adjustments to the current transit schedule as of Dec. 7 are:

Riders should note: Route 27 Flour Mill does not service Cochrane and Mont Adam Streets during the winter months due to steep hills. Access to Murray Street is provided via Louis Street.

If stops are obstructed by snow, residents are asked to wait at a cleared area close to the stop, such as a driveway or crosswalk. Please signal as the bus approaches to help the operator prepare to stop.

Expect more adjustments to the transit service over the coming months as the city continues to tweak schedules. First on that list is improving bus connections at GOVA Transit hubs.