Coun. Gerry Montpellier raises questions as to whether or not volunteer fire fighters have been deemed non-essential
Jan 19, 2021 10:38 PM By: Matt Durnan 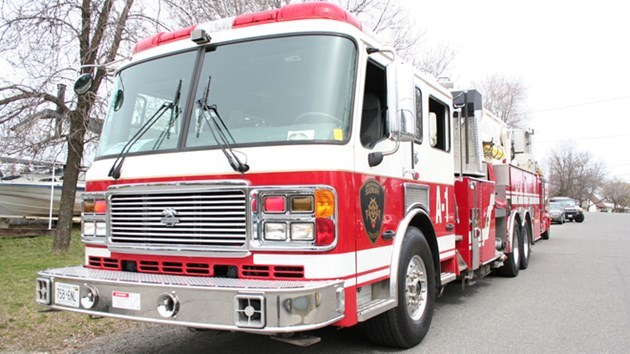 The fire department's chief Joseph Nicholls confirmed that one of his members tested positive for COVID-19 and that a number of other members of the fire department were required to stay home and self-isolate as a result.

Nicholls revealed the positive case within his department on Tuesday evening during a finance and administration committee meeting.

The committee was weighing in on whether or not to approve the non-competitive purchase of consulting services from Operational Research in Health Limited (ORH Ltd.) to conduct a station location study for the city's emergency services, when Ward 3 Coun. Gerry Montpellier questioned Nicholls about a number of fire fighters being sidelined.

"It's an alarming call that I got this afternoon and it was brought to my attention that city managers in conjunction with the health unit had decided, and please tell me that this is just a bad rumour, had decided to sideline two-thirds of our fire forces and call them non-essential, via the volunteer firefighters," said Montpellier.

Nicholls informed council that a member of GSFS had tested positive for COVID-19, while indicating that no fire fighters had been designated as non-essential.

"Certainly we have not designated volunteers as unessential or not important. We've had a situation where we had a COVID-positive case within the fire service and all close contacts were required to undergo testing, which they did," said Nicholls.

"When that testing was completed they were required by the public health unit to self-isolate at home. In the areas that we were dealing with these volunteers it was determined that certainly because we had sufficient fire service support there that for the few days that we needed to have them self-isolate that was the decision that was made. That decision was made in the interest of their safety and the interest of public safety and the interest of the safety of the other firefighters who were not involved in that close contact."

Montpellier was unsatisfied with Nicholls' response and wanted a clear answer as to whether or not volunteer firefighters were deemed non-essential.

"Is it in fact correct that volunteer firefighters are not deemed essential?" asked Montpellier.

Nicholls indicated that it wasn't a matter of essential or not, but rather adhering to public health policies.

"In the close contact and self-isolation policy, the only people who qualify to do self-isolation or work self-isolation are health care workers," said Nicholls. "We have been able to work with the health unit locally and get exemptions in a case by case basis, based on all of the controls that we have in place."

The chief explained that the fire department does not have control over its volunteer firefighters outside of when they're at work for GSFS.

"We don't have control of them outside of the workplace and they have primary employers and so we have not designated them anything," said Nicholls.

"We have worked with public health to make the right decision in the interest of making sure that those fire fighters are isolated and are safe and that the rest of the staff who would be asked to come in contact with them are safe as well."