The Sudbury and Nickel Belt Federal Riding Associations will hold a joint nomination meeting Sept. 27 to confirm their candidates for the next Federal Election, expected in 2015.
Sep 24, 2014 7:37 PM By: Sudbury.com Staff 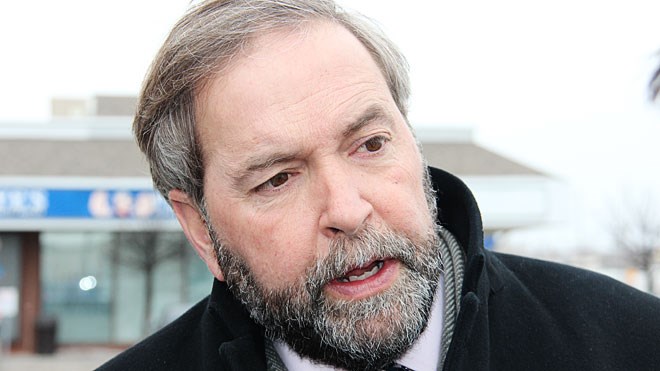 According to an NDP news release, Thomas Mulcair has committed to convening a First Ministers’ meeting on retirement security in his first six months, with a goal of strengthening the CPP and QPP for the long term. He announced additional measures to provide for secure retirement. File photo
The Sudbury and Nickel Belt Federal Riding Associations will hold a joint nomination meeting Sept. 27 to confirm their candidates for the next Federal Election, expected in 2015.

As part of the slate of events scheduled this weekend for the the NDPs Northern Council Convention, Sudbury MP Glenn Thibeault and Nickel Belt MP Claude Gravelle will both once again seek the nomination to stand as the New Democrat candidate in each riding.

“New Democrats are the only real alternative to Stephen Harper's Conservatives, and I am proud to once again stand for the NDP nomination in Sudbury,” said Thibeault. “After nearly a decade of Conservative scandal and mismanagement, it's clear Canadians are ready for change, and the NDP is the only party offering change that's ready.”

Members of the Sudbury and Nickel Belt NDP Ridings are invited to attend and participate in the nomination meeting, which will be immediately preceded by an address by Federal NDP Leader Thomas Mulcair.

The joint Sudbury and Nickel Belt NDP nomination meeting will be held this at 1 p.m. at the Sudbury Radisson, located at 85 Ste. Anne Rd.