Neighbour pitches in after break-in at Big Brothers Big Sisters

‘The community backed me up through COVID and helped me survive it. I just wanted to put something back into the community,’ said Deke Zaher of Zaher’s Small Batch
Jun 28, 2020 12:00 PM By: Keira Ferguson, Local Journalism Initiative reporter 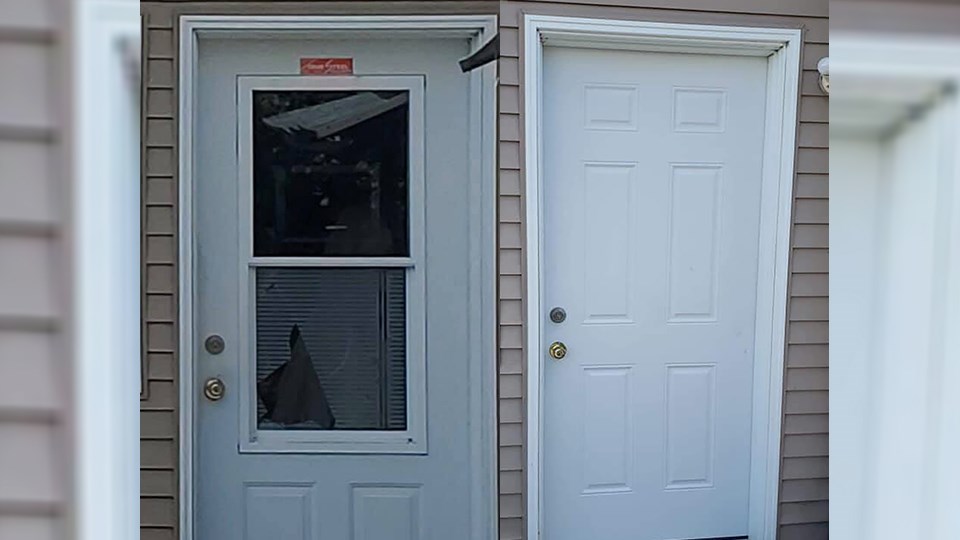 The saying that when one door closes, another one opens, now rings truer than ever for the staff at Downtown Sudbury’s Big Brothers Big Sisters (BBBS) not-for-profit service agency.

On Saturday, what staff have described as an attempted break-in was brought to their attention after an employee drove by to check on the building and noticed the back door had had its glass broken. The second pane of glass was left intact, however, explaining why the alarm wasn’t triggered and also proving that entry into the facility was unsuccessful.

Heartbroken, executive director Chantal Gladu-Depatie posted about the incident on Facebook, but as luck would have it, that frown would be turned upside down sooner than she could have expected.

Deke Zaher, owner of Zaher’s Small Batch, saw the post that morning and with the means to do so, decided to have not just the glass but the entire 30-year-old door replaced. He has never had the opportunity to volunteer with BBBS because of the commitments to his own children, he said, but he has always thought it was a great organization.

Aside from this respect, Zaher said he could also relate as a business owner to how difficult managing finances during the pandemic is right now. With how much effort he has had to put into keeping afloat, he said he could only imagine the struggles non-profit organizations are facing during this time.

“The community backed me up through COVID and helped me survive it. I just wanted to put something back into the community.

I couldn’t have done it without the support the community has shown me, including the executive director herself (Chantal Gladu) who made an appearance in my store just last week and wrote a beautiful review on my food.”

Fueled by these motivations, Zaher said he contacted his go-to jack-of-all-trades Chris Lafortune, who he generally contracts to assist him with his income properties, and asked for him to pick-up and install the door of his choosing. And he did, resolving the issue less than two hours after the Nickel City’s hummus man first contacted Gladu-Depatie about the incident.

But as much as Zaher has tried to downplay the generous gesture, its weight is not lost on Gladu-Depatie, who said the donation eliminated all negative feelings surrounding the unfortunate occurrence.

“This act of kindness truly removed the thought of the attempted break-in and replaced it with a feeling of empowerment, appreciation, and truly feeling blessed.

To know that a small business owner was willing in these tough times to step up and help a charity in need, that’s heartwarming.”

Saturday's was the first break-in at BBBS that she has been made aware of since joining the agency 19-years-ago, she said, so while upsetting, has in no way changed her opinion on the downtown core. If anything, Gladu-Depatie said knowing someone would be willing to break into an agency for children and youth shows how many people are suffering in the community financially and or with addictions.

“The work we do is to ignite the potential of youth in our community and acts like these just strengthen our desire to reach out and impact as many people as possible. Everyone deserves to have someone in their corner to believe in them and guide them.”

We will continue to have an open door to those who need a helping hand. We are a mentoring agency that is here to provide guidance, friendship, and support to the children and youth in our community.

We as a community are #strongertogether.”