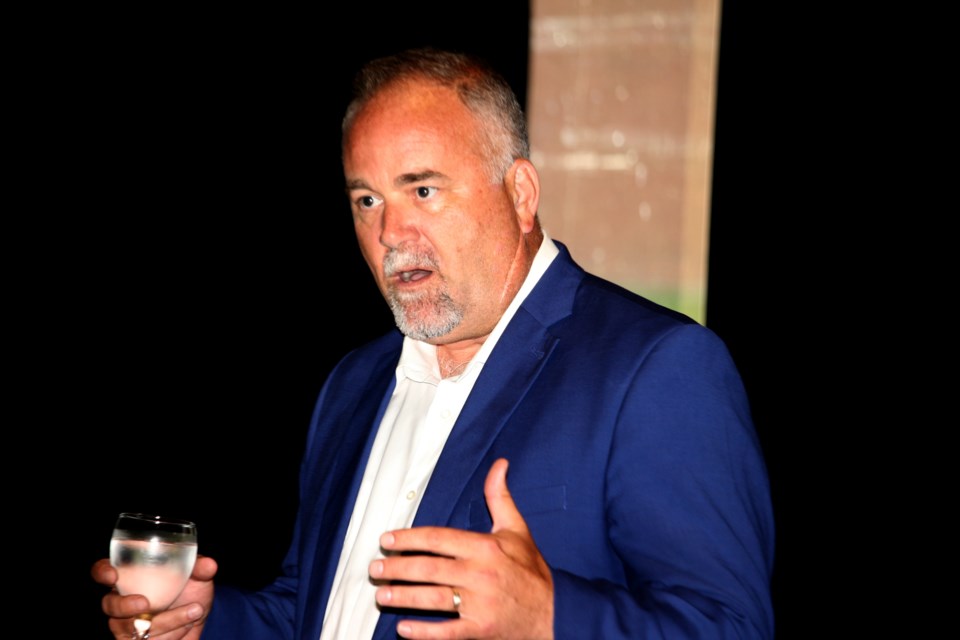 A major cabinet shuffle in the Ford government on June 20 has Sudbury's autism parents feeling slightly more optimistic about the future of the Ontario Autism Program.

Numerous ministers within Ontario premier Doug Ford's government were moved around during a massive cabinet overhaul on June 20, including Lisa McLeod, the former minister of children, community and social services, who came under fire from parents over her handling of the province's autism program.

McLeod has been moved to the tourism, culture and sport portfolio, and Bay of Quinte MPP Todd Smith was moved from economic development to McLeod's former role as the minister responsible for children, community and social services.

Just five weeks into his new role, Sudbury parents of children with autism already feel that they're making some headway in terms of having their voices heard, as Smith visited Sudbury on Aug. 8 and met with a group of roughly 30 parents at Cambrian College to discuss the Ontario Autism Program.

"After a bit of correspondence he decided to do a Northern Ontario tour and we pushed to have some non-PC ridings to be part of the tour."

Having Smith make Northern Ontario, and more specifically an NDP riding such as Sudbury a stop on his tour meant a lot to Staddon and other members of NOAA, after nearly a year of feeling that their calls for help were falling on deaf ears.

"We spent basically a year with a minister (Lisa McLeod) who didn't acknowledge Northern Ontario and just to have an office that was willing to talk to us," said Staddon. "We had sent letters and emails to Lisa McLeod's office and they were never returned or were returned with just generic emails. Just to have someone that was willing to talk to us and be open and listen to us honestly means the world."

Smith held a short meet and greet with Staddon, her husband Sean and a few other members of NOAA before he spoke to the larger crowd in attendance and fielded questions concerning the Ontario Autism Program.

A new program is slated to be introduced by April 2020, and it is not yet clear what that program will look like, but it has already undergone a number of changes since the Ford government first introduced their version of the plan that was met with significant backlash.

On July 29, the Ontario government announced that they will be expanding the scope of the autism expert panel to provide advice on what a new needs-based and sustainable autism program would look like. Smith will be meeting with the panel at the end of the summer to get an idea of how the program is taking shape ahead of its planned roll out in April 2020.

The Ford government backpedaled on their initial plan that steered away from needs-based services and funding and looked more at clearing a waitlist of more than 20,000 children.

Now the pendulum is swinging back toward a needs-based model. In addition to shifting the focus back to needs-based funding, the Ontario Conservatives have also given extensions to those children who are currently receiving treatment under the previous plan, in order to avoid gaps in service when the new plan is introduced next year.

"What I wanted to do while allowing the Ontario autism panel to continue doing their work, was make sure that what I was hearing from parents was meshing with the recommendations that I was going to get from the panel," said Smith while speaking to the crowd at Cambrian on Thursday night.

"Even before I really got out and started to talk to parents, it was abundantly clear that the childhood budget program wasn't going to work."

The childhood budget program was one that based funding allotments on age rather than need and was a major sticking point with autism parents who were crying out for needs-based funding.

Another major concern that was raised by numerous parents Thursday evening, was a lack of clarity as to how the waitlist for services works and how it is prioritized.

Sara Kitlar-Pothier has been fighting on the frontlines for the NOAA and was part of the small group that met with the minister before the larger group discussion. Sara says that it is a positive sign that Smith and the ministry are acknowledging the errors they've made, but there is still a lot of work left to be done.

"I can't see how you can not address a waitlist within a needs-based program," said Kitlar-Pothier.

"It's a broad term, but it would be implying that we're looking at all the needs of all the children and if you're meeting those needs then you would have to be looking at the amount of time they've been on the list, what types of therapies they're looking for, what other medical concerns there are.

There's a developmental component, a mental health component, a behavioural component and autism, and they're all tied together. Right now we have no answers from the ministry of how that's going to roll out going forward."

Extreme cold alert issued for Sudbury with frigid temperatures on the way
Feb 19, 2020 11:46 AM

Attention travellers: Snow squalls on Hwy. 400 and 17 today, tonight
Feb 19, 2020 9:36 AM
Comments
We welcome your feedback and encourage you to share your thoughts on this story. We ask that you be respectful of others and their points of view, refrain from personal attacks and stay on topic. To learn about our commenting policies and how we moderate, please read our Community Guidelines.