Close to 100 calls since June complaining about staff, politicians and city contractors
Jan 18, 2019 11:00 AM By: Darren MacDonald 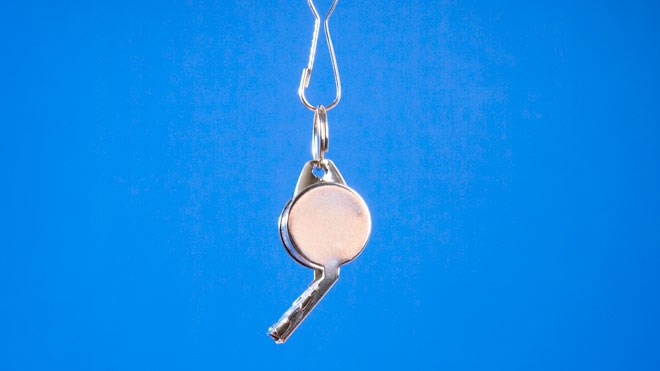 The number of calls to Greater Sudbury's whistleblower hotline continues at a steady pace, with 98 complaints lodged between June and December 2018, and increase of eight compared to the same period in 2017. (File)

The number of calls to Greater Sudbury's whistleblower hotline continues at a steady pace, with 98 complaints lodged between June and December 2018, an increase of eight complaints compared to the same period in 2017.

A report headed to next week's audit committee says that of those 98 complaints, 12 were incomplete, leaving 86 for investigation. Of those, 75 have been dealt with as of the end of 2018, leaving 11 active complaints.

The most common complaint was related to behaviour of city staff (23), followed by complaints about other residents or businesses (22) and about the conduct of city contractors (16).

There were 13 complaints made about the conduct of city council, of which nine have been dealt with and four are still under investigation.

In his report, Auditor General Ron Foster wrote that 31 of the complaints were easy to deal with, because they were about city services, not wrongdoing.

“The 86 complaints that were received during this seven-month period came from 56 identifiable complainants, and 30 anonymous complainants, who represent a small fraction of the residents and businesses that interacted with the city during this period,” Foster wrote.

“The volume of active complaints under investigation at the end of December dropped from 33 in 2017 to 11 in 2018 due to the implementation of and adherence to service level targets for the completion of investigations.”

Established in June 2016, the hotline aims to give residents an avenue to report wrongdoing on the part of municipal government.

Wrongdoing is defined “as any kind of activity that could be deemed illegal, dishonest and wasteful of municipal resources or a deliberate violation of city policy. It includes theft, fraud or abuse of position or authority within municipal government.”

Complaints may be filed about Greater Sudbury employees, management, contractors, the mayor, city council and political office staff. However, agencies, boards and city-owned corporations are exempt.

Each complaint is assigned a case number and a password, so complainants can follow the progress of the investigation or submit further information. The city's whistleblower policy protects city staff and contractors who submit complaints from reprisals.