The head of commodity strategy for TD Securities said nickel prices may reach as high as $9 a pound by the second quarter of next year. Speaking at a Sudbury Area Mining Supply and Service Association (SAMSSA) meeting Sept.
0
Sep 17, 2012 8:17 PM By: Heidi Ulrichsen 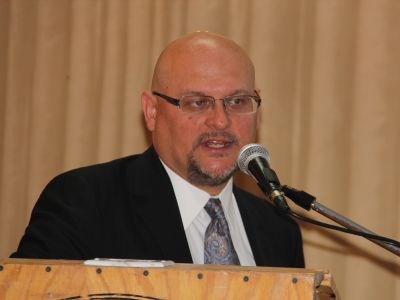 The head of commodity strategy for TD Securities said nickel prices may reach as high as $9 a pound by the second quarter of next year.

Speaking at a Sudbury Area Mining Supply and Service Association (SAMSSA) meeting Sept. 17, Bart Melek said nickel prices have sunk in recent months because China just isn't buying as much of the metal as it once did.

That's because the country has accumulated a significant stockpile of metals. But as they start to run out, nickel prices will pick up again, he said.

Currently, nickel prices are sitting at around $8.25 a pound. They reached as low as $7 a pound in August.

“Before that, inventories will have pretty much whittled down. We will already see an impact of production cuts around the world in nickel facilities, bringing that market into a bit of a deficit.

“It'll tighten up. Higher demand and less supply essentially means you're functioning higher on the cost curve. That usually means a bit of a price rally.”

That's because by that point, nickel producers will have ramped up their operations, and the nickel supply will be high once again, Melek said.

TD's long-term prediction for nickel prices is $8.50 a pound. “Our base case is that the sector is going to be fairly stable,” he said.

Of course, there's always a possibility nickel prices could rise or fall beyond that point, Melek said.

“If we get huge spikes in demand and significant problems on the supply side, it could very well happen,” he said. “It's just not our base case.”

Emerging economies, such as China and India, are playing such a large role in nickel prices because they have large populations and are quickly becoming more urbanized.

Melek said about 20 million people a year are moving from rural to urban areas of China.

“You have to build everything from roads to rail links to power lines – everything that is associated with urban living,” he said.

The infrastructure needs of Canada, the United States and Europe shouldn't be ignored either, Melek said.

“The United States, countries like Canada and western Europe have huge, huge infrastructure deficits,” he said.

“If we see fiscal policy turn towards the stimulative side, infrastructure is an area that is going to be targeted. We could very well be big consumers of the commodities in our infrastructure projects.”

He also sees the prices for other commodities, such as gold, platinum and palladium, surging upwards over the next year or so. Copper prices are slated to stay fairly stable.

Last week, Vale announced a hiring freeze at its base metals operations around the world because of the drop in commodity prices.

Melek said he never comments on the activities of individual companies, but did say a lot of mining companies are in the same situation.

“There has been margin compression within the sector,” he said.

“Equity performance hasn't been stellar to say the least. Some companies have tried to control their costs and limit their capital expenditures. What the motivation for Vale is, I couldn't say, because I'm not as close to the situation.”

SAMSSA executive director Dick DeStefano said he invited Melek to speak at the meeting to give his members an overall picture of how the world economy is affecting commodity prices.

He said he found the presentation reassuring.

“You walk away saying 'Don't panic guys. Quit worrying about short-term results,'” he said. “Yes, there's going to be slowdowns and some activity that won't occur, but it looks like it's going to be OK.”

DeStefano said an $8.50 a pound nickel price is good news, as big mining companies can make about $4 a pound after costs at that price.

The hiring freeze at Vale is “not as dramatic as people think,” he said. “If this is true, that's going to be January they're going to be hiring again.”

People also seem to forget that the company is also still going forward with construction on its $2 billion emissions reduction project, DeStefano said.

While the nickel market is in a bit of a slump, SAMSSA members are still doing well.

Even if they can't sell their products locally, there's always another market ready to buy their wares. For example, the potash industry is doing well right now, DeStefano said.

He said he doesn't expect to see another economic crash like the one in 2008 in his lifetime. There's too much government money being spent on stimulus projects for it to happen again, DeStefano said.