Storm debris can be left at the curb 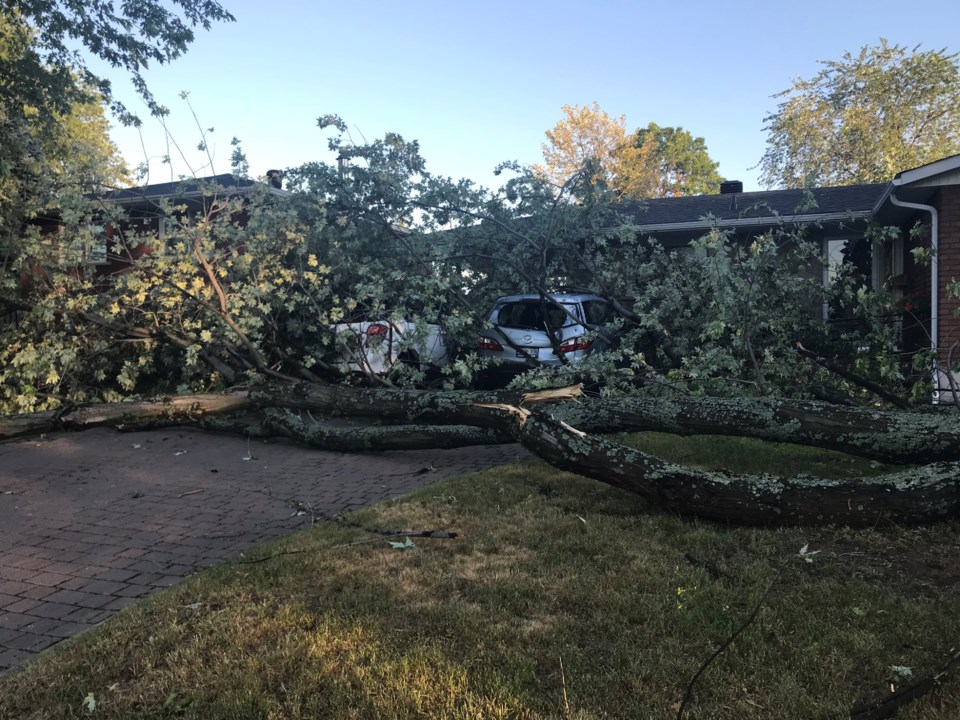 A familiar scene for many homeowners in the New Sudbury neighbourhood near Montrose and Grandview. The city will be picking up debris left by the roadside as long as it's cut to length, no bundling required. (Allana McDougall/Sudbury.com)

Hundreds of residents in the New Sudbury neighbourhoods in the Montrose and Grandview areas continuing to clear debris from their properties following the punishing thunderstorm that ripped through the city on Monday.

There are still a few hundred residents in New Sudbury without power, and many more with downed trees, branches and limbs around (and in some cases on) homes and properties.

Normally, brush would need to be cut and bundled, if a homeowner wanted to leave debris at the curb.

However, with so much debris to clean up, the city is waiving the bundling requirement for residents clearing storm debris.

Simply cut branches and limbs to four or five feet in length and pile by the curb.

It may take city crews some time to pick up, given the sheer amount, but workers will be going street to street, and continuing to circulate through the neighbourhoods in the coming days until debris has been cleared.

The city is also asking residents that, if you can avoid going to local landfills, to do so. They are and will continue to be very busy as storm debris is transported to the sites for disposal.

If you can avoid or delay going, the city asks that you do so.

PMS-Nystatin Oral Suspension
Jan 18, 2020 9:00 AM
Comments
We welcome your feedback and encourage you to share your thoughts on this story. We ask that you be respectful of others and their points of view, refrain from personal attacks and stay on topic. To learn about our commenting policies and how we moderate, please read our Community Guidelines.