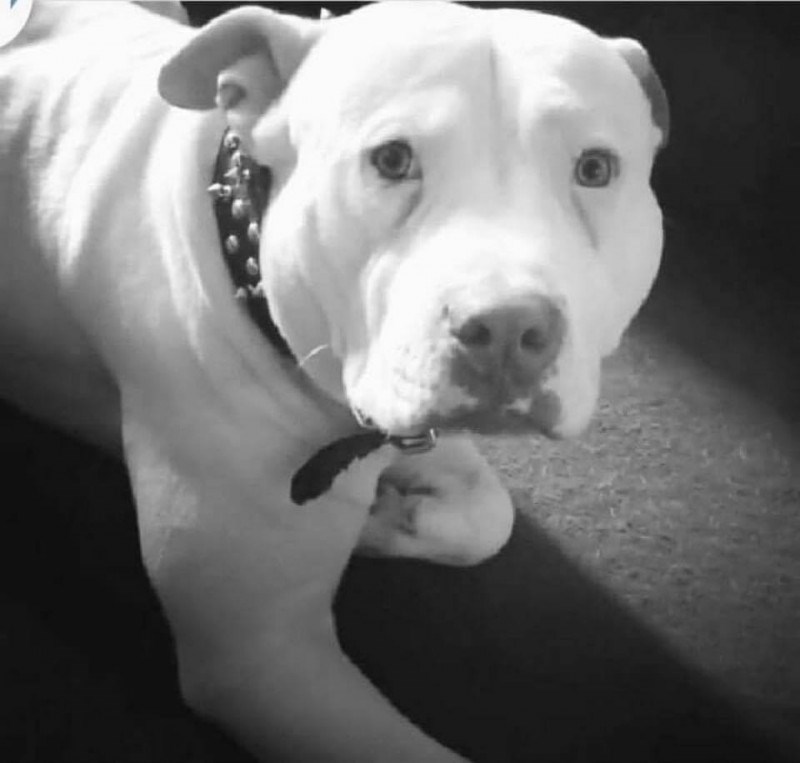 Chico the abused dog, nor any of his animal friends, are set to be euthanized, according to a statement from the OSPCA issued after a petition begin circulating online suggesting the animals would be put down. (Image: Activism.com petition)

No, Chico the dog and his animal friends are not slated to be euthanized.

In a story that captured the attention of Greater Sudbury and beyond, two videos surfaced on Facebook on Wednesday, one showing a young woman forcing a large white bull terrier to eat feces, and the other showing the same woman punching the dog repeatedly about the head and face, as it cowers on the floor, whining in pain.

The public attention saw Greater Sudbury Police and the Sudbury branch of the Ontario Society for the Prevention of Cruelty to Animals (OSPCA) begin a joint investigation into the situation.

The dog in the video, Chico, as well as one other dog and three kittens, were rescued from the home on Thursday and put into care.

Now, OSPCA have issued statements to reassure the public the rescued animals aren't going to be put down.

Those statements are in response to a petition that appeared on the website Activism.com. The title of the petition sums it up pretty well: "Let Chico Be Transferred Out of Province of Ontario, Not Being Euthanized After Fell Victim to Horrible and Cruel Act."

"We need to protect the well-being of these animals and demand that they be kept safe and do not undergo euthanasia just because they are pitbulls," it reads. "Please sign and share this petition to demand that Chico is treated humanely, medically taken care of and rehabilitated in order to live out his life away from torture and neglect."

Although the petition doesn't say it, it is likely in response to the fact Chico appears to be pit bull or bull terrier, several breeds of which are illegal in Ontario under the Dog Owners' Liability Act.

The petition has 189 signatures as of this writing.

But a statement from the OSPCA says neither Chico nor the other pets are at risk of being euthanized.

"The Society has been made aware that rumors are circulating about the dogs involved in this investigation," OSPCA said on its Facebook page. "The dogs are in the care of the local police and receiving excellent care. We want to be clear that there is NO application to have any of these dogs euthanized. The police are taking the lead on this investigation."

Click here to read about the man who rescued Chico from his owners. Click here for the latest information on the case.

Mining watchdog accuses Impala Canada of putting workers, communities at risk
Jun 4, 2020 9:00 PM
Comments
We welcome your feedback and encourage you to share your thoughts. We ask that you be respectful of others and their points of view, refrain from personal attacks and stay on topic. To learn about our commenting policies and how we moderate, please read our Community Guidelines.