Greater Sudbury Mayor Brian Bigger won't be facing an audit of his campaign finances, after a committee decided mistakes in his filings were minor, and were corrected in a supplementary filing.
0
Jan 4, 2016 9:31 PM By: Darren MacDonald 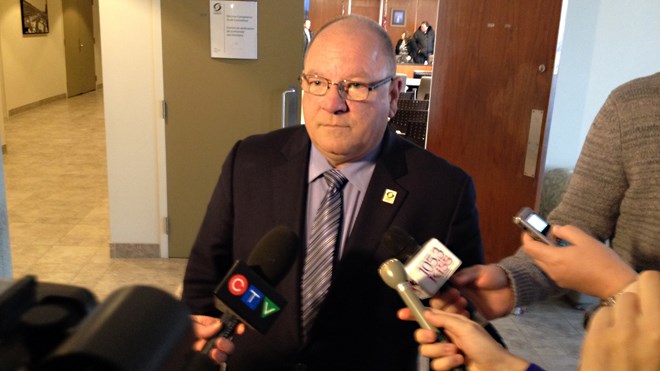 Meeting for the first time since amalgamation, the election finance audit committee spent the morning getting an overview of what their responsibilities were, and then took less than two hours to reject the request for an audit.

Sudbury Lawyer Richard Pharand was on hand representing Bernard Garner, who filed the request for the audit. Pharand said errors in Bigger's initial expense filing, including reporting a $20 a ticket fundraising during the 2014 municipal election campaign as a pass-the-hat event, violated Ontario's Elections Act.

Those and other irregularities were particularly surprising, Pharand said, considering Bigger is a professional accountant and the city's former auditor general.

But Bigger's lawyer, Jack Siegel, said he has dealt with many election finance filings over the years, and has yet to see one without mistakes. In this case, Siegel argued that all issues have been addressed and in any case, they were all minor problems.

“Where a problem is rectified … prior to it coming to the committee … it is no long the sort of thing that requires a compliance audit,” he said. “We have full transparency and disclosure.”

Bigger spent less than half the spending limit during the campaign, the lawyer said, so in no way could he be viewed as having benefited from the errors in his filing. Considering the issues only came to light when the mayor made his second filing, Siegel said it would be “bizarre” to proceed with an audit now.

“Is it justifiable to spend thousands of taxpayers dollars on a compliance audit?” he said. “Is it in the public interest to pursue this matter beyond today? There's not a flicker of further information that could be found under an audit.”

After the decision, Pharand would only say it's up to Garner to decide whether to appeal the decision.

Bigger said he was glad the whole process was over.

"I'm very grateful to have the opportunity to provide answers and clarification to my filing,” he said. “This was an open and transparent process and now I can focus on the 2016 budget."

When asked how a former auditor general could make mistakes filing expense forms, Bigger said many people are involved in the process.

"Errors did occur,” Bigger said. "My response is that you rely on an entire team when you're working on an election. As soon as any errors or clerical errors were discovered, they were fixed. I felt that was the right thing to do."