Ward 7 Coun. Mike Jakubo says the city has no choice but to increase taxes in order to maintain current service levels
Apr 8, 2021 9:11 AM By: Matt Durnan 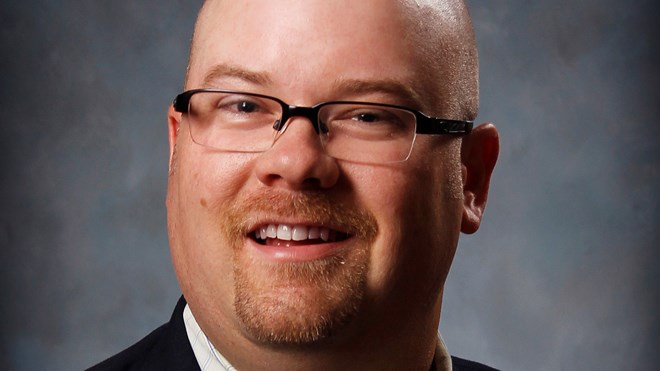 Greater Sudbury city council approved their 2021 budget late in the evening on April 6, producing a balanced budget that will result in a four-per-cent property tax increase.

The net impact on property tax bills for most residents will actually be closer to a 3.6 per cent hike, as the Ontario government has reduced education taxes across the board this year.

While council had initially committed to a tax rate increase of no more than 3.9 per cent, Ward 7 councillor and finance committee chair Mike Jakubo was satisfied with the fact that they were able to settle on an increase only slightly higher, at four per cent.

"There's really no way around levy increases every year if council and the community at large are going to want to maintain the same number of services and the same level of services," said Jakubo.

“If we want to maintain the same level of services, there's going to be an increase in the cost of those services."

The city's 2021 capital budget comes in at $144 million, with a large chunk of that dedicated to road upgrades and drainage projects. A total of $58.3 million out of the capital budget will be dedicated to roads and drainage projects, including more than $19 million for various arterial and collector roadways throughout the city and another $14.6 million for bridges and culverts.

While the city will be undertaking a number of capital projects this year, Jakubo said more needs to be done in order to build up the amount of money in the capital reserve.

Over the last year and a half, council has implemented new standards for their reserves, setting minimum benchmarks for the amount of funds that need to be held in reserve.

For the city's capital reserve, that number has been set at a target of $51 million. At present, the city has little more than a few million dollars in that account.

"It's not really close to that number and when you look at that there's a realization that we need to do more," said Jakubo.

He said there are two ways to go about building the capital reserve up: 1.) Transferring money from the operational side of the ledger into the reserve, or; 2.) Re-examining capital projects that have been approved and funded, but not actually undertaken, and cancelling ones that likely won’t materialize. The unspent funds could then be rolled into the capital reserve.

On the operating side of things, the city will continue to deliver its 58 lines of service under its $641-million operating budget.

One highlight during budget discussions was facilities rationalization (assessing the facilities the city spends money to maintain and seeing which facilities can and should be maintained, and which should be dropped). Ward 4 Coun. Geoff McCausland and Ward 8 Coun. Al Sizer tabled a motion that looked at closing some of the city's recreation facilities (https://www.sudbury.com/local-news/councillors-clash-over-proposed-closure-of-arenas-and-lively-ski-hill-3594608), including Lively Ski Hill, Onaping Pool and IJ Coady Arena.

The motion was ultimately withdrawn by the two councillors, but Jakubo said that a hard look at facilities rationalization will need to happen ahead of the 2022 budget process.

"There is a realization that at some point we do have to look at this, and if we're going to do that, we have to do it the right way,” he said. “That's getting council more information up front and it's also getting the affected communities more information and having meaningful consultation.”

He said council will be taking a closer look at facilities over the summer and having those debates and discussions prior to the the budget of 2022.

As far as projects and services on the books for 2021, Jakubo said he felt everything that he wanted to see included in the budget made it in.

"I'm fairly happy with everything that did get approved,” he said. “From my perspective, I don't think there's anything that I would have wanted to see included that didn't get included.

"I can say that the committee is always striving to achieve a lower tax increase and I don't think that we could have done that in a responsible way to go below four (per cent). The only thing we could do in the future is take a more serious look at some services that we want to adjust and that's the only way to get the tax rate lower."

The commitment in the capital budget to roads and infrastructure projects was a point of pride for the finance chair, who was happy to see that roads across the city and in his Ward 7 were getting a great deal of attention in the 2021 budget.

"For my ward's perspective, there are some significant roads projects that are going to get done this year. Roads are always the top priority for residents and taxpayers," said Jakubo. "When I looked through the capital budget and I see the roads projects that we approved, I'm very pleased to see that there is that level of asset renewal going on in Ward 7."

Other capital budget highlights include:

The city’s full budget document can be viewed here.