Thousands have gotten the Hep A vaccine, Public Health says
Jan 7, 2020 9:29 AM By: Sudbury.com Staff 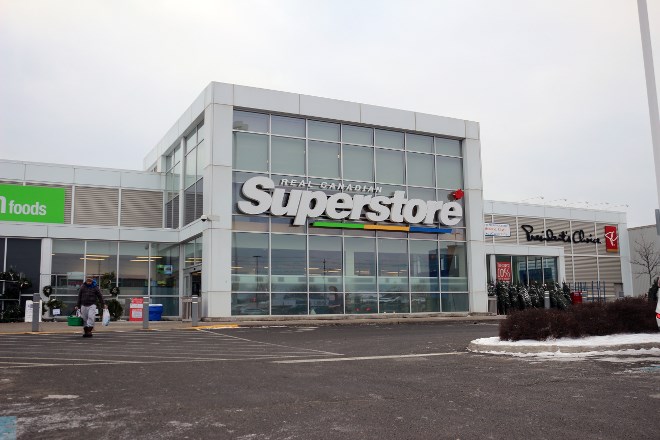 As of Monday afternoon, no one had gotten sick from eating food from a grocery store deli where two workers tested positive for hepatitis A, Public Health Sudbury & Districts said in a news release.

However, Hep A can survive for long periods outside of the body and it is known as a hardy virus, release said. Combined with its long incubation period, it's possible that other cases of hepatitis A may occur.

“This is unfortunate but not unexpected given that people can be infectious even when they do not have any symptoms,” Stacey Laforest, Sudbury & Districts director of health protection, is quoted as saying in the release Monday evening.

Public Health has been impressed by the number of people who came forward to be immunized, the release said, a step that will help prevent it from spreading.

“The public has responded to Public Health’s calls to be immunized and to watch for symptoms of infections,” Dr. Ariella Zbar, Sudbury & Districts associate medical officer of health, is quoted as saying in the release. “Since the second case was announced last Thursday, we have seen almost 650 people in our clinics for immunization and 2,835 people in total. Many others have called in for information.”

Anyone who consumed clerk-served deli meat or cheese, or meat and cheese from prepared deli trays purchased from the the Real Canadian Superstore between Nov. 27 and Jan. 2 may be at risk and should watch for symptoms. Anyone who has eaten the food within the last 14 days is eligible for immunization.

“Public health inspectors and nurses are conducting thorough investigations and follow up of these hepatitis A cases,” Laforest said in the release. “This is a dynamic situation, and as we learn more, we are able to take additional steps to protect the public.

“For example, through followup on the second case, additional information was shared with us about the specific work of food handlers and of the hepatitis A risk for certain workers. This has meant additional restrictions on how the deli food is handled and on some workers’ activities.”

Common symptoms of hepatitis A include fever, stomach pain or discomfort, dark urine, nausea and vomiting, diarrhea, tiredness, loss of appetite, clay or ash-coloured bowel movements, and jaundice (yellowing of the skin and whites of the eyes).

Hepatitis A is an illness that is easily spread from person-to-person through the fecal-oral route, the release said. The virus is found in the feces and blood of a person infected with the virus, and one common route of exposure can be food contaminated by infected food handlers.

“This can occur by directly handling already cooked or ready-to-eat foods with unclean bare hands or through food contact with dirty gloves,” the release said. “It is also spread through close personal contact with an infected person, such as through having sex, sharing cigarettes or e-cigarettes, caring for someone who is ill, or using drugs with others.”

Hepatitis A can be avoided by:

As of Jan. 6, 1,958 people have contacted Public Health for information about the illness and hepatitis A vaccination. The situation began Dec. 15 when Public Health was notified of the first case of hepatitis A in a food handler in deli of the Real Canadian Superstore.

Questions and answers on how public health responds to reportable diseases:

What happens when Public Health is notified of certain diseases in our community?
Provincial legislation designates certain diseases that must be reported by health care providers to the local medical officer of health.

Under this legislation, Public Health is then required to assess and take appropriate actions to prevent the spread of infectious diseases to others.

Public Health uses these reports of diseases to monitor the health of our community and to protect infections from spreading.

What does Public Health do in response to reports of diseases?
Every report of a designated disease to Public Health is assessed to determine if public health actions are needed to protect others from the disease spreading.

These actions depend on the disease itself, but can include looking for the source of infection, interviewing cases or individuals who are infected, determining who may have been in contact with infectious people or other sources of infection, and putting in place appropriate control measures to limit or stop the spread of disease. All of this work is based on legal requirements and scientific rationale.

Public Health actions are based on real time information that is gathered as investigations proceed. Situations are often dynamic. If more is learned over time about the disease circumstances, public health actions may change and evolve with this new information to ensure the best possible actions are in place to protect people.

How does Public Health decide what actions to take?

Public Health investigations and actions are carried out in a step-wise and systematic way. The actions that Public Health takes are informed by new information that might come to light throughout the process of the investigation. The aim of all of this work is to protect people from the spread of disease.

Based on the findings of an investigation and the potential risk to the public’s health, the agency takes action and put preventative measures in place.

Public Health's decision-making process is based on specific protocols, always with the goal of protecting the public’s health.

Every situation and investigation is unique, and the actions the health unit takes  to protect the public are in direct response to the situation, the findings, and any new information that is gathered throughout.

Public Health works closely with many people to investigate and to respond to public health threats. Public Health relies on the cooperative, timely and accurate information from many sources. Depending on the circumstances, these may include for example, from health care providers, individuals who are infected, families of infected individuals, local retailers, and citizens.

Public Health also works with multiple agencies to follow up on reports of designated diseases. These include for example, other public health units, the Ministry of Health, Public Health Ontario, hospitals, and health care providers.