“I am expecting some fun, like we say we practice all year round and its just a great opportunity to greet Santa.”
Dec 15, 2016 7:00 PM By: Chris Dawson 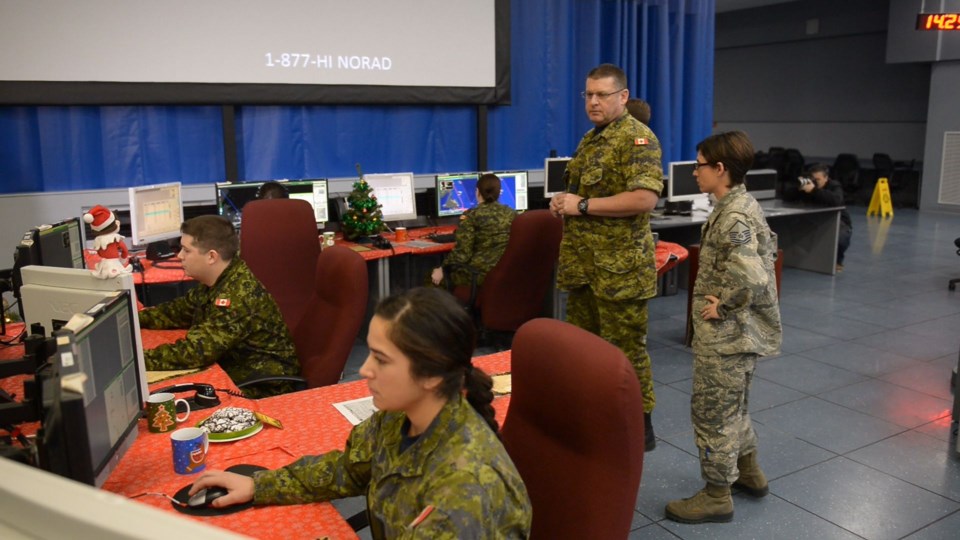 The lights are dimmed and techs are preparing for a demanding and unusual mission - to track Santa Claus.

It’s a military tradition that started way back in 1955.

Captain Jim Mersereau will be in charge on Christmas eve as this will be his first time working this critical mission.

“I am expecting some fun, like we say we practice all year round and its just a great opportunity to greet Santa,” stated Mersereau.

On Wednesday, the media was given security clearance to view training for the big mission.

Mersereau says Canadian Fighters greet Santa near the East Coast of Canada.  Like any other NORAD assignment there is protocol on Christmas eve, and the fighter pilots must confirm visually that Santa is in Canadian airspace.

“Luckily the elves contact us early, giving us a rough estimate when Santa is entering Canadian Airspace and then we are just watching like we always do and Rudolph's nose gives off a very distinct signature, we can pick Rudolph's nose up early and Gander helps us out and we just send our jets out, they greet Santa and we take it from there,” said Mersereau.

In 61 years the special journey monitored by NORAD has gained in popularity.

Currently the NORAD Track Santa Social Media statistics indicate that the Facebook page has more than 1.6 million likes, while the Twitter account has more than 163,000 followers.

All that attention makes it that much more important that they do everything according to Santa’s plan on Christmas Eve.

You can get updates at: https://www.facebook.com/noradsanta/