Four Northern Ontario cities have put the word in with Noront Resources that they would entertain being the host community for a ferrochrome smelter.
0
Sep 6, 2016 2:19 PM By: Ian Ross - Northern Ontario Business 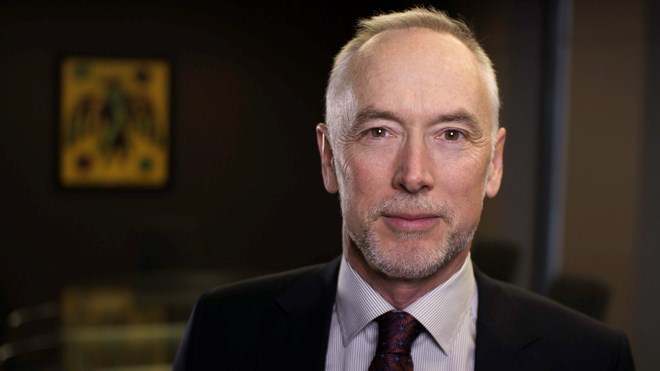 Noront president-CEO Al Coutts says a "number of parties" have approached his company about hosting a ferrochrome smelter. File photo.

Five Ontario cities, including four in Northern Ontario, have expressed interest in hosting a ferrochrome smelter for Ring of Fire developer Noront Resources.

“We haven’t excluded any sites yet, but it would be a brownfield site somewhere in Ontario,” said company president-CEO Al Coutts. “That’s our preference.”
Coutts said they’ve been approached by “a number of parties” from Thunder Bay, Sault Ste. Marie, Timmins, Sudbury and Hamilton.

Factoring into the site selection process, he said, would be the availability of a skilled local workforce, having the electrical infrastructure already in place, and getting the power at the right price.

“I like the concept of having something in Northern Ontario,” said Coutts. “Ultimately it’s going to depend too on what kind of power price agreement we can negotiate with the province.”

The province offers a Northern Industrial Electricity Rate Program for large industrial consumers of power that he said Noront can tap into, but he’s also aware of the price that Cliffs Natural Resources had once negotiated for. “So there’s a benchmark there.”

Last year, Noront acquired all of Cliffs’ Ring of Fire chromite properties in a US $27.5-million deal.

Among the unresolved issues Cliffs had in its ill-fated negotiations with the Ontario government was a firm commitment from the province to build the mine-related transportation infrastructure and in reaching an agreement on a favourable power rate in exchange for locating a ferrochrome refinery in Ontario.

Though Noront’s Eagle’s Nest nickel-copper mine will be the first in its string of base metals and chromite properties to be developed in 2018, its Blackbird chromite deposit is slated to follow in 2021.

The 2018 start date coincides with the province’s release of infrastructure money to build an east-west access road to be shared by the First Nation communities and the mining companies.

Noront expects Queen’s Park to keep to its schedule.

“We want to get that surefire nickel-copper-PGM deposit at Eagle’s Nest up and running, get good jobs created, and get everyone feeling good about mining, how it’s getting done and how the benefits are accruing to the communities,” said Coutts. “Then we’ll take on the first of the chromite projects.”

Compared to its larger chromite cousin of Black Thor  – with a resource of 137.7 million tonnes  – Blackbird is a smaller deposit at 44 million tonnes.

Coutts said it’s the perfect deposit to make inroads into the U.S. market since the project economics work in its favour.

Blackbird is located only 500 to 600 metres from Eagle’s Nest. Coutts said both mines will share the same infrastructure and use the proposed east-west haul road to Pickle Lake.

“It basically subsidies the project and because your mining relatively small volumes – this is nowhere near the size of the Cliffs (Black Thor) project – you don’t have to build a concentrator,” said Coutts.

According to Noront’s plans, Blackbird ore would be hauled by truck to a yet-to-be-determined processing site – which could involve a transfer to rail, depending on its location.

“The economics are robust at current prices,” said Coutts. “But having said that, it’s because it benefits from all the infrastructure constructed for Eagle’s Nest. It’s a nice little project.”

Based on their economic analysis, Coutts said it makes sense to bring the Blackbird chromite ahead first.

Since there’s no domestic production, the entire U.S. ferrochrome demand is based on imports.

“The return on the project is pretty good at current pricing. If it gets back to longer-term price expectations of a $1.40, it looks very handsome.”

To take over half of the U.S. market – or 200,000 tonnes of ferrochrome – all that’s required is a half-million tonnes of ore, said Coutts. “That’s a little tiny mine.”

“That’s ridiculous. We’re saying, let’s get a nice low-cost product out there that can get us an entry into the market, perhaps displace two-thirds of expensive South African ferrochrome.”

Raising money for a smelter would be a combination of debt and equity financing through their development partners, Resource Capital Fund and China’s Baosteel Resources International, and the capital markets.

Working separately on its own development track is KWG Resources, of which Noront shares a majority 70/30 stake in the Big Daddy chromite deposit.

KWG went offshore to strike a deal with a Chinese government-owned rail engineering firm to work on a feasibility study for a potential north-south railroad. The company believes a favourable study will open the door toward chromite off-take agreements with the Asian country.

In the final analysis, Coutts said he’ll support any corridor concept that makes sense for Noront.

“KWG is interested in developing infrastructure and I would say, we’re the miners, we control all the deposits. I don’t really care who builds the infrastructure. If it’s the provincial government, great; if it’s the Chinese, that’s great too.”

Coutts said he’ll only throw his support behind a plan that checks off all the boxes on environmental assessment, detailed engineering, financing, and has the support of area First Nations.

Noront recently grew its land package in the Ring of Fire by acquiring some additional nickel-zinc-chromite properties from MacDonald Mines in August, and was spending more than $6 million on a late summer drilling program.