“Under a Crown Corporation model, the responsibility would be on the shoulders of the province,” Mulder said in a release.
Jun 17, 2014 4:15 PM By: Sudbury.com Staff 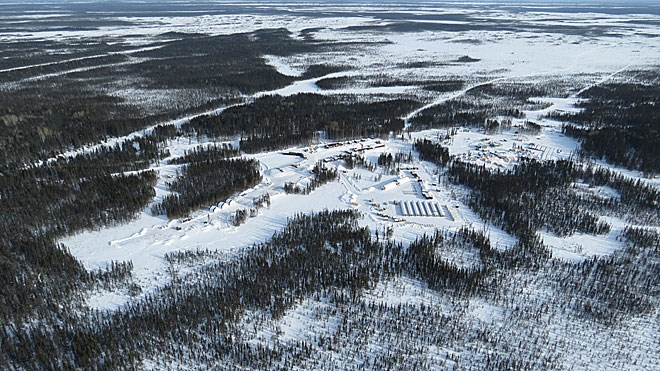 Separated by the treeline, Noront Resources has acquired the exploration camp assets of its Ring of Fire neighbour, Cliffs Natural Resources. Supplied photo.
“Under a Crown Corporation model, the responsibility would be on the shoulders of the province,” Mulder said in a release. “The provincial government would be expected to review and approve plans on all major projects, fund the largest portions of the costs and accept most of the risks. Simply put, the buck would stop at Queen’s Park.”

Mulder is a registered lobbyist with Global Public Affairs. He said none of his clients have any direct interest in the Ring of Fire.

The report questions whether this is the right time for the province to accept such responsibilities given uncertain mineral markets and prices, a growing provincial deficit and debt, unresolved First Nations issues and environmental assessments.

As an alternative solution, a model similar to a transportation authority would spread the risks and responsibilities among various stakeholders.

“This alternative model would involve creating an independent, representative and arm’s length statutory Ring of Fire Infrastructure Authority,” Mulder said. “All parties would have formal representation on the board and the board, not government, would plan and procure facilities and services for road, rail, power and air, while sharing costs and risks with the private sector.”