OLG locks out workers in three sites, including Sudbury

The first labour disruption since 2008 has hit staff at Sudbury Racetrack Slots, who were locked out Saturday by the Ontario Lottery and Gaming Corp. after the sides failed to reach an agreement in bargaining Thursday and Friday.
Sep 19, 2015 4:55 PM By: Darren MacDonald 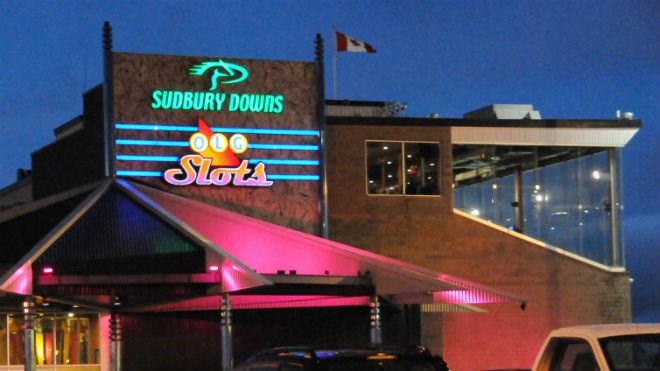 The first labour disruption since 2008 has hit staff at Sudbury Racetrack Slots, who were locked out Saturday by the Ontario Lottery and Gaming Corp. after the sides failed to reach an agreement in bargaining Thursday and Friday. File photo.

The first labour disruption since 2008 has hit staff at Sudbury Racetrack Slots, who were locked out Saturday by the Ontario Lottery and Gaming Corp. after the sides failed to reach an agreement in bargaining Thursday and Friday.

The 72 workers – all staff except security – have been without a contract since May 31. They're members of Unifor, who represents 7,000 workers at gaming sites across Canada. The current work stoppage affects staff in Sudbury, Casino Brantford and Woodbine.

In an email, OLG spokesperson Tony Bitonti said the corporation is ready to go back to the bargaining table at any time.

“As a service to our customers, Casino Brantford, the Slots at Sudbury Downs and the Slots at Woodbine Racetrack will remain open,” Bitonti said.

Non-union and management staff will operate the facility on reduced hours in Sudbury: Monday to Wednesday from 2 p.m. to 10 p.m., and Thursday to Sunday from 11 a.m. to 11 p.m.

“Unifor initiated the strike process by requesting a conciliator from the Ontario Labour Relations Board to be present at negotiations—this usually serves as the first step toward a strike,” Bitonti wrote in the email. “It is important to note that OLG and Unifor jointly agreed on a strike/lockout date. Unifor is in a legal position to take a strike vote at any time.”

Bitonti said staff were locked out “in order to maintain care and control of the gaming facilities, the regulator, the Alcohol and Gaming Commission of Ontario (AGCO), required that an orderly and controlled shutdown of the Casino Brantford and the Slots at Sudbury Downs take place.”

He described the main issues as wage increases, improved benefits and language providing for a future pension plan (under a new future service provide) equivalent to their current Public Service Pension Plan.

“It would be inappropriate to negotiate outside of the collective bargaining process,” he wrote.

He said the OLG has informed all unions during bargaining, including Unifor, that the future service providers of our gaming sites will be required to offer all transferring employees a registered pension plan.

“OLG has been clear that current employees will remain in the Public Service Pension Plan (PSPP) until they transfer to a service provider,” he said. “OLG is prepared to go back to the bargaining table and we remain hopeful that all outstanding issues will be resolved as soon as possible.”

Northernlife.ca will update this story with comments from Unifor as soon as they are available.

Staff at 36 per cent of OLG's sites in the province are unionized. Workers ratified a four-year agreement in 2011 that included 2.5 per cent pay increases in the third and fourth years. There was a nine-week strike in 2008 in at the same sites in Sudbury, Brantford and Woodbine before a deal was reached.

The slots facility at Sudbury Downs in Chelmsford is the only activity currently being held at site the after horse racing ended two years ago.