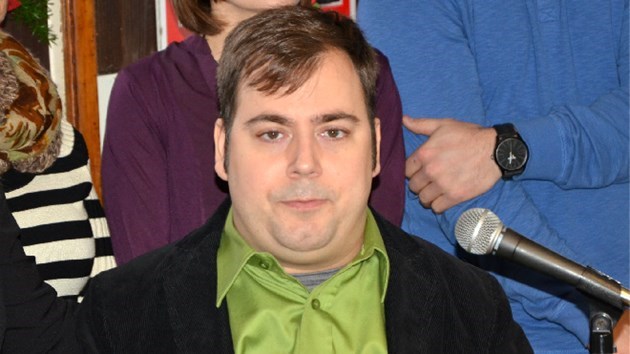 The first two days of the Sudbury byelection bribery trial  wrapped up Friday, with defence lawyers keeping their focus on whether Andrew Olivier knew he had been ruled out as a candidate for the February 2015 vote. (File)

The first two days of the Sudbury byelection bribery trial  wrapped up Friday, with defence lawyers keeping their focus on whether Andrew Olivier knew he had been ruled out as a candidate for the February 2015 vote.

Gerry Lougheed Jr., a Liberal fundraiser at the time, and Pat Sorbara, former Ontario Liberal Party CEO, are accused under the Election Act of offering Olivier a job or appointment to get him to step aside for Glenn Thibeault, who was Wynne's preferred candidate.

Sorbara is also facing a second charge, in relation to an alleged offer made to Thibeault to get him to become the candidate. It emerged this week the offer was to have two Thibeault staffers – Brian Band and Darrell Marsh – move with him into paid positions if Thibeault agreed to run for the Liberals.

Spent much of Thursday getting Olivier to admit he knew he was not going to be the candidate once Premier Kathleen Wynne decided she wanted Glenn Thibeault to run in the February 2015 byelection.

Friday, Lacy asked what Olivier thought Lougheed, Sorbara and Wynne were talking about when they said they wanted to keep him involved with the party despite being passed over for Thibeault.

On offer was a role with the Ontario Liberal Party, or spots on accessibility panels, Lacy said, and not a paid government job.

Lacy also implied that Olivier's purpose in going public with the allegations in December 2014 was to pressure the party to reverse its decision and hold an open nomination process.

Lacy said Olivier was hoping to duplicate what he had done during the June 2014 election campaign, when his team learned Wynne was trying to woo then Sudbury mayor Marianne Matichuk to run as a star candidate. When word of those efforts were made public by Olivier and his team, the party relented and held an open nomination, which Olivier won easily.

To back his point, Lacy pointed to a text exchange between Olivier and Thibeault on Dec. 16, 2014, after Olivier went public with his allegations.

“Once politics is done, friends are more important,” Thibeault said in one text. “Is there anything I can do to make this right?

“I would love to have you part of the team.”

“What's the purpose now of reaching out to Glenn Thibeault?” Lacy asked, suggesting Olivier was making a 'Hail Mary Pass' and hoped the party would reverse its decision and allow an open nomination.

Olivier said he wanted “to keep pushing for an open nomination.”

“You thought you could still exert some pressure through social media and traditional media to get the premier to change their mind?” Lacy asked.

“I did not feel it was a concrete decision at that point,” Olivier replied. “I still thought there was going to be a process.”

“Glenn is still talking about you being part of the team moving forward,” Lacy said. “They still wanted you to be part of the Liberal team.”

Lacy then suggested the offers from the Liberals were aimed at “softening the blow” of being passed over in favour of Thibeault, rather than an attempt to get him to withdraw from the race.

“He was trying to soften the blow,” Lacy said of Lougheed, who had given Olivier advice and guidance during the June election. “Do you agree or disagree with that? … Gerry had supported you throughout, unlike Mr. (Rick) Bartolucci.”

In the afternoon, Brian Greenspan, representing Sorbara, took his turn questioning Olivier. In a Nov. 23 conversation with Olivier – before Thibeault was on anyone's radar -- Sorbara mentioned that Wynne was looking at invoking “electoral urgency” for the riding so they could get a new MP quickly.

Greenspan asked if Olivier knew the term meant the party could hasten the nomination process through acclamation or appointment.

“It's not just a term that means, let's get on with it,” Greenspan said.

Olivier replied he wasn't that familiar with the detailed definition of the term.

Greenspan also outlined elements of the Ontario Liberal Party constitution,which gives the party leader the “sole and unfettered” right to appoint up to five candidates for a general election. In the June 2014 vote, Greenspan said Wynne had appointed five candidates.

The lawyer also asked him about a discrepancy in his testimony about where he was when he got the call from Wynne in December 2014. He testified and had said previously he hadn't recorded the call because he took it in an elevator in his home.

But when he was interviewed by the OPP in 2014, he said he was in his bedroom, and the conversation was on speakerphone.

“You indicated you were in the elevator,” Greenspan said. “You in fact were in your bedroom.”

Olivier replied that he got the call on the elevator and moved into the bedroom to complete the call.

“The bedroom is just off the elevator,” Olivier said.

Greenspan also argued that Sorbara, Lougheed, Thibeault and Wynne were trying to convince Olivier to stay involved with the party, rather than trying to bribe him.

“The only thing Ms Sorbara is suggesting to you is there is a place in the party for you,” Greenspan said.

“Yes,” Olivier said. “We didn't get into the details.”

Olivier completed his testimony Friday, although he may be called back to the stand (“I won't leave town,” he quipped).