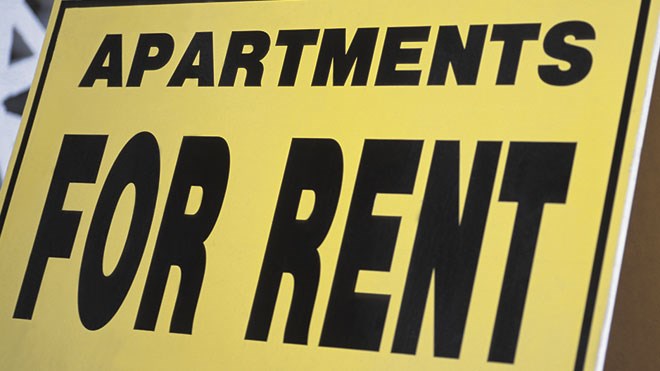 Ontario Ombudsman Paul Dubé is formally investigating delays at the Landlord and Tenant Board, his office announced Thursday, in response to a growing backlog at the board that is getting worse.

In a news release, Dubé said long waits for hearings and decisions are increasing. His office received more than 200 complaints about the board in the last fiscal year — 80 were specifically about delays.

Those delays "have a very real human impact," Dubé said in the release, such as a landlord having to go without needed income while the board takes months to schedule a hearing, or a tenant threatened with eviction and living in limbo while waiting for a decision.

"In conducting a systemic investigation, we are able not only to shine a light on what isn't working, but to recommend solutions, based on evidence we gather about best practices and our many years of expertise in helping bureaucracies work better," Dubé said in a statement.

Tribunals Ontario has attributed the delays mostly to a shortage of adjudicators. Its last annual report shows that board is only meeting its standards for scheduling hearings in a timely manner about 36 per cent of the time.

The ombudsman's investigation is set to look at whether the government is taking adequate steps to address delays and backlogs, as well as potential systemic factors such as relevant legislation, training, funding and technology.

Sudbury.com first reported about the growing crisis in September 2018, when one of two adjudicators working in Sudbury resigned, while the other was away on leave.

Vanessa Campbell, spokesperson for the Social Justice Tribunals Ontario, said in an email at the time the shortage was causing delays in Sudbury, since there's a lack of adjudicators across Ontario. Starting in October 2018, Campbell said hearings will only be held every second week, instead of weekly, until the shortage is addressed.

“Generally, when facing a shortage in one region, the LTB looks to use adjudicators from other parts of the province,” she said. “However, because the shortage is provincewide, our ability to use this approach is also limited.”

“Hearing blocks for September and October are now full,” she wrote. “The next available date for a hearing is Nov. 13, 2018.”

Michel Marcotte, a licensed paralegal in Sudbury who handles cases for landlords and tenants, said in 2018 that there are 7,000 to 8,000 cases that head to the board each year, and about a quarter of those head to a hearing in front of an adjudicator.

Marcotte predicted the adjudicator shortage would lead to a province-wide backlog in hearings – and a crisis for landlords and tenants.

"If you're a landlord, and you have a really, really bad tenant that owes you a lot of money or does damage to your residence, you're talking about waiting an extra two months,” he said. “By that time, you've lost even more money, you could lose other tenants sometimes because they don't want to be around these people. So it can have quite an impact."

The ombudsman's investigation will focus on whether the government is taking adequate steps to address the delays and backlogged cases.

“Although the terms of some adjudicators were recently extended and a few more have been recruited, the investigation will also look into other potential systemic factors that may be contributing to the problem, such as relevant legislation, training, funding and technology,” the Ombudsman release said.

“In conducting a systemic investigation, we are able not only to shine a light on what isn’t working, but to recommend solutions, based on evidence we gather about best practices and our many years of expertise in helping bureaucracies work better,” Dubé said in the release.

The Ombudsman has notified the board, Tribunals Ontario, and the Ministry of the Attorney General of the investigation. It will be conducted by the Special Ombudsman Response Team, which handles in-depth investigations into complex and systemic issues.

Anyone who has been affected by or has relevant information about this issue is encouraged to contact the Ombudsman’s Office by filing an online complaint form at www.ombudsman.on.ca, or by calling 1-800-263-1830.