Online voting still years away at the federal level

While it was a success in Greater Sudbury last October, online voting is still years away at the federal level, says Canada's chief electoral officer.
Mar 2, 2015 12:43 AM By: Sudbury.com Staff 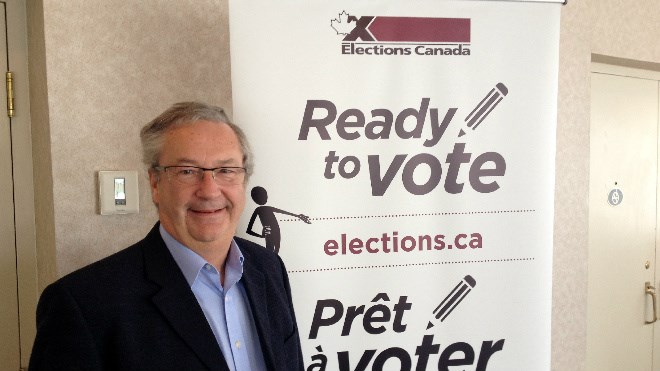 Marc Mayrand, who was in Sudbury on Sunday getting local election workers ready for this year's federal election, said there are still too many issues with online voting for it to be done on a scale as big as a national vote.

“The technology is there,” Mayrand said. “But there's still issues around security (and) verification ... Hackers are getting ever more sophisticated. And there are also concerns around transparency.”

There's also worry about switching from a system where election officials personally witness people voting, to one where voters use a PIN number to cast a ballot at home, or wherever they happen to be.

“So it's very difficult to attest that the person marking the ballot is that person is acting on his or her own, or whether they are being unduly influenced,” Mayrand said. “Right now, no country in the world has online voting. It's done at the local municipal level, but here in Canada no province has online voting. Nor around the world do any countries offer full-fledged online voting.

“And those who have tested it have generally stepped back, because there are too many vulnerabilities.”

It is coming, he said, estimating it's likely two elections away from being introduced in some form. But there has to be political will in the House of Commons for it to become a reality.

“So far, they have not been embracing it. But I'm pretty sure over time we will see some form of online voting.”

He sees particular advantages for people with special needs or soldiers on overseas missions. But it's no cure for falling turnout, he said, which has declined in Canada in the last 40 years from about 75 per cent in the 1980s to 61 per cent in 2010.

Finding ways to get more people to vote is a complex issue, and Maynard says the solution begins with more civic education for young people. Studies have shown it significantly increases youth voting rates, which have dwindled to below 40 per cent in recent years.

“There's a lot of work to do with young people to inspire them to participate in democracy. There's no silver bullet (but) education makes a difference.”

What doesn't affect turnout is changing the voting system. Modern democracies with first-past-the-post systems such as Canada fare as well as places with proportional or other voting systems, he said.

While online voting is a ways away, there are changes to how this year's federal vote will be conducted. With 30 new ridings in Canada – including 15 in Ontario – many people will have to ensure they are on the voting list.

Canadians will be able to register or update their voting information online, and will have an extra day of advance polling. Polls will be open on the Friday, Saturday, Sunday and Monday on the weekend before the Oct. 19 federal vote.

“We're making it easier and more convenient for electors,” Mayrand said. “We hope Canadians will be able to take advantage of it.”

Sudbury is part of a pilot project to get young people to vote. Elections Canada will open in the YMCA to offer an additional four days of advance voting, in hopes students and other young people will cast their ballots there.

“So we will be providing an additional option,” he said.

While the federal vote is slated for October, Mayrand said they are ready to go whenever Prime Minister Stephen Harper calls an election.

But they could always use more election staff, he added.