Ontario picked Sudbury to announce 100K new daycare spaces, but report says we're not getting any 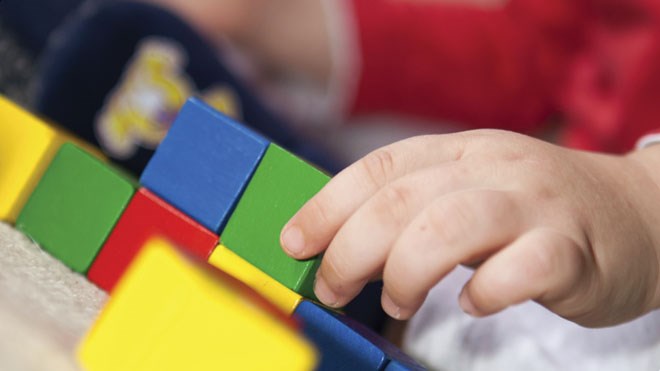 A multi-billion dollar plan to add 100,000 new child care spaces in Ontario won't help any Sudbury families, according to a report headed to the city's community services committee next week. File photo.

A multi-billion dollar plan to add 100,000 new child care spaces in Ontario won't help any Sudbury families, according to a report headed to the city's community services committee next week.

This despite the fact Energy Minister Glenn Thibeault and Deputy Premier Deb Matthews held a news conference in Sudbury in September to announce the funding was good news for local families in need of child care spaces.

"It's helping to make child care more accessible to families in the province and, of course, right here in Sudbury," Thibeault said at the Teddy Bear Day Care in New Sudbury, where the news conference was held. "We know that helping parents find quality, affordable child care is what people expect of us. We're going to deliver on that."

The Liberal government's plan is to add 100,000 child care spaces over the next five years, focusing on kids ages 0-4. It will cost between $1 billion and $3 billion to create the new spaces, and operating costs will be between $600 million and $750 million a year.

But a staff report for the Nov. 14 committee meeting says under a funding formula established in 2013, the Ministry of Education revised its funding formula for child care.

“Under the new funding formula, Greater Sudbury's Children Services was determined to be overfunded by $2,676,904, with a potential corresponding future funding reduction,” the report says. “Because of the overfunding issue, and because Greater Sudbury does not currently have a waitlist for child care subsidy, staff are not expecting that the new child care funding will be directed to Greater Sudbury.

“If funding for new spaces does become available, staff will work with local school board and child care partners to develop spaces according to identified community needs.”

Thibeault said Wednesday he wasn't sure where the information in the report came from, but said he's sure Sudbury will benefit from the funding.

"I believe we're looking at just the first round of this, because we have committed $100 million as a government to fund child care spaces in the province,” he said. “A city as large as Sudbury I'm sure would be on that list.

"I'm looking and working with the Ministry of Education where this piece is coming from to find out which phase this is. There's going to be many phases of announcements of childcare dollars."

But Nickel Belt MPP France Gélinas said she's long suspected that residents here wouldn't benefit. She's been trying to get a clear answer from the governing Liberals since September.

"We wanted to know from the beginning where the money was going to go. Who are they targeting?" Gélinas said. "They came to Sudbury — two (cabinet) ministers made this announcement that a $1 billion is going to flow and 100,000 more spaces — but none of that was for us.

“They knew from the start that none of that was going to be for us. They came here and gave a lot of people false hope and I find this despicable."

The New Democrat MPP suspects the Liberals were trying to deflect attention from growing anger in the province over hydro rates, an issue that was also addressed in the Throne Speech.

Lebanese-Canadians look for ways to help while grappling with Beirut tragedy
Aug 5, 2020 10:00 PM

Feds announce purchase agreements to buy vaccines against COVID-19
Aug 5, 2020 6:00 PM
Comments
We welcome your feedback and encourage you to share your thoughts. We ask that you be respectful of others and their points of view, refrain from personal attacks and stay on topic. To learn about our commenting policies and how we moderate, please read our Community Guidelines.