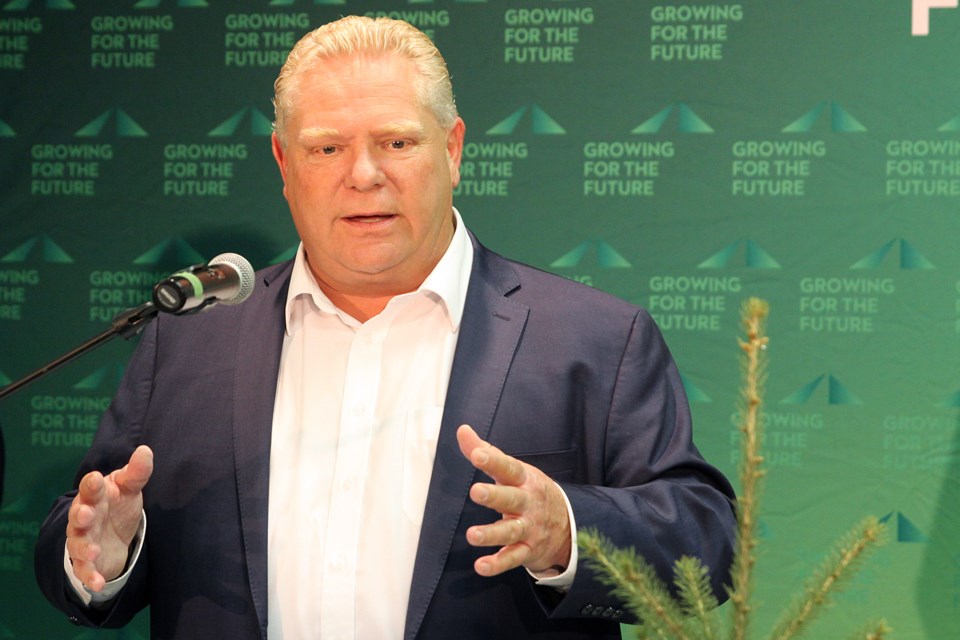 A news conference is scheduled for 2 p.m. Village Media will carry the livestream

TORONTO — Ontario Premier Doug Ford is expected on Wednesday to announce a province-wide stay-at-home order that will close all non-essential businesses to in-person shopping starting on Thursday.

Multiple media outlets have confirmed the decision, which follows a lengthy cabinet meeting Tuesday evening. The order is expected to come into effect on Thursday at 12:01 a.m. and last for up to four weeks.

The move will force non-essential stores to resort to curbside pick-up only and non-essential aisles of big box stores will be restricted. It's the first time the Ford government has placed such restrictions on big box retailers. They will be limited to grocery and pharmacy items only.

Grocery stores and pharmacies will be permitted to remain open, as will garden centres, according to a CBC report.

Ontario was previously under a stay-at-home that began on Jan. 14.

Earlier this week medical officers of health in Peel Region, Toronto and Ottawa wrote a letter to the province, urging it to take strong action to curb the spread of COVID-19. The province has averaged more than 2,800 cases a day over the past five days.

Travel restrictions between regions were among the recommendations made by the medical officers of health, who also requested the province include paid sick days to keep sick people from going to work.

There is no word on whether the new stay-at-home order will include closing schools across the province to in-class learning.