Ontario to have the amber-red warning system on school buses 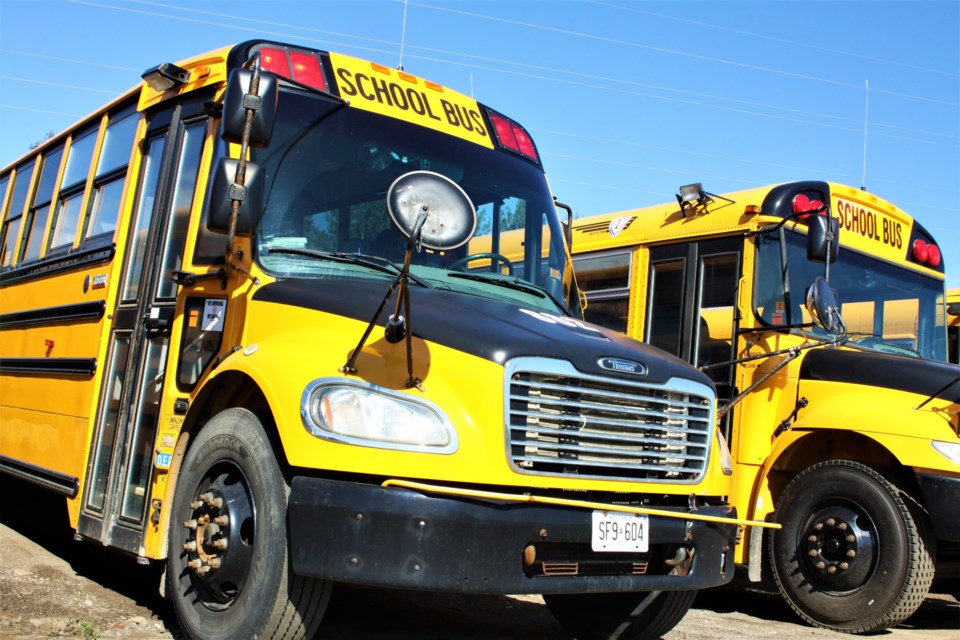 The long-called for change in provincial school bus lighting is now law.

Kitchener-Conestoga MPP Mike Harris’s private member’s bill, the Safer School Buses Act, 2021, received Royal Assent and officially became law. By the 2022-2023 school year, Ontario will join every other jurisdiction in North America and require all school buses manufactured after 2005 to have the amber-red warning system.

With the amber-red warning system, the two inner red overhead lamps on the front and back of a school bus will be replaced with amber signals. A school bus driver would activate the amber signals when approaching a stop to give drivers clear advanced notice that they are slowing down to let a student on or off the bus. Once the bus is at a full and complete stop, the driver would activate the red lights.

“Being a father of five, the safety of my kids is always at the top of my mind. I am thrilled that the Safer School Buses Act has become law and in 2022 Ontario will join the rest of North America by adopting the safer amber-red warning system”, said MPP Mike Harris. “This commonsense change is long overdue and has the backing of school bus operators, safety advocates, and law enforcement”.

Under the Highway Traffic Act, it is only an offence to pass a school bus when the red lights are flashing and the bus is stopped. With the current all red system, red lights are also used to warn drivers that the bus is approaching a stop. This is intended to give motorists who cannot safely stop time to pass the school bus. The amber-red system would more clearly reflect a driver’s legal obligations while also preventing illegal passes and dangerous panic stops.

By some estimates, across the province, 30,000 drivers illegally pass a school bus every day.

In a study published in 2002, Transport Canada recommended that all provinces use the amber-red system. This study found that amber warning lights were 11 percent more effective than the all red system at reducing the speed of approaching vehicles and yielded fewer stopping violations.

The Ministry of Transportation has required all school buses purchased in Ontario after January 1, 2005 to be manufactured with 8 overhead signal lights. For most bus models this change will only require a replacement of the lens cap.

In 2019, regulatory changes were made by the Minister of Transportation to allow for school bus stop arm camera footage to be used to prosecute drivers who illegally pass stopped school buses.