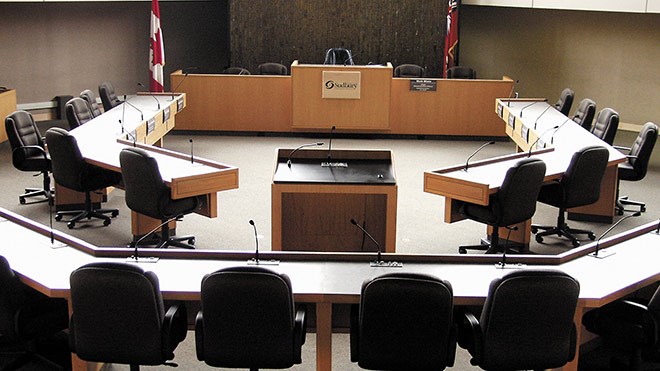 City clerk Caroline Hallsworth said in broad terms, open government is a process by which information is “proactively” made available to the public.

“We're not all the way there yet,” Hallsworth said, but cited areas such as transit data that has been made available.

Election results and campaign expense forms are also available at the city's website, and information such as recreation maps and biking and hiking trails will eventually become available.

“We do have some constraints,” she said, when it comes to what can be posted.

For example, privacy laws restrict some personnel information from being put online. But they are looking at making ongoing Freedom of Information requests available.

And she said a report on developing a whistleblower protection policy will be coming in June.

Ward 12 Coun. Joscelyne Landry-Altmann said the city's website could use a lot of improvement.

“Please review the website,” she said. “It is not user-friendly.”

And Ward 5 Coun. Bob Kirwan wondered whether the city will begin recording in camera sessions, something recommended by Ontario Ombudsman André Marin.

That would make investigations easier and cheaper if someone files a complaint about whether councillors should have closed the meeting.

“Are we considering videotaping or recording our closed-door meetings?” Kirwan asked.

It's something being considered, Hallsworth said, but there are questions about how to protect the information on the recordings, and who would have access to it.

Bigger said he wants to make it easier for the public to look up bylaws, so they can “so the public can review them instantly” after they are passed.

“It's a bit challenging to search” for them, he said.

A number of reports about open government will come to council in the next few months, including a report on open data; a report on the new provincial Bill 8 and accountability officers (such as the integrity commissioner and the lobbyist registry); and a formal structure for citizen engagement in Council and municipal affairs.

The full report on the open government model can be found online.