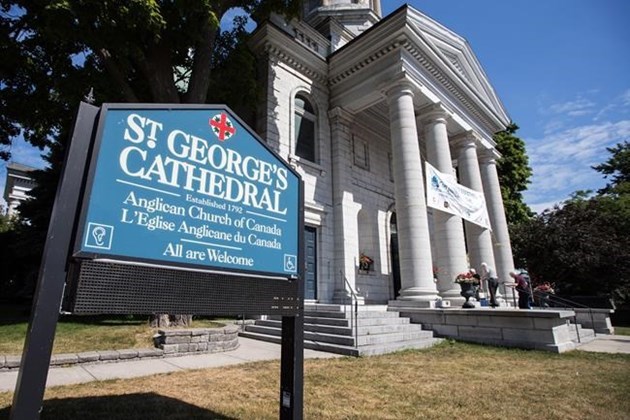 Seven Canadian Anglican bishops are speaking out against a recent decision to allow clergy to officiate at same-sex marriage ceremonies. File photo.

Seven Canadian Anglican bishops are speaking out against a recent decision to allow clergy to officiate at same-sex marriage ceremonies.

In an open letter released late last week, the bishops took issue with the way the July 13 vote was handled at the faith's General Synod. After a vote recording error was corrected, the Synod narrowly approved the resolution.

That didn't sit well with the seven bishops, who represent Anglicans in Algoma, two in the Arctic, Athabasca, Caledonia, Saskatchewan and the Yukon.

“The entire process, beginning with the hasty vote in 2013 and concluding with the vote and miscount this past week, has been flawed and has inflicted terrible hurt and damage on all involved,” the letter reads.

“We absolutely condemn homophobic prejudice and violence wherever it occurs, offer pastoral care and loving service to all irrespective of sexual orientation, and reject criminal sanctions against same-sex attracted people.”

Although the change requires a second vote in 2019 in order to come into effect, the orthodox bishops are concerned because some clergy have vowed to proceed with same sex marriages immediately, “contrary to the explicit doctrine and discipline set out in our constitution, canons and liturgies.

“In passing resolution A051 R2, the General Synod has taken a further step in ordaining something contrary to God's word written and imperils our full communion within the Anglican Church of Canada and with Anglicans throughout the world,” the letter says. “We believe that our General Synod has erred grievously and we publicly dissent from this decision.”

“We unambiguously reaffirm our commitment to ... the scriptural, traditional and catholic definition of marriage as the lifelong union of one man and one woman as set out in both the Book of Common Prayer and the Book of Alternative Services,” the letter reads. “The resolution as carried does not provide adequate protection for the consciences of dioceses, clergy and congregations. We are concerned for all those of a traditional conscience on marriage within the Anglican Church of Canada.

“We call on our Primate and the Archbishop of Canterbury to seek ways to guarantee our place within the Anglican Church of Canada and the Anglican Communion.”

In an interview with Sudbury.com last week, the Bishop of Algoma, who voted against the same-sex marriage resolution, made his position clear.

The bishop said he doesn't think a “coherent theological foundation” was made for changing the church's stance on same-sex marriage.

“I do think the church is now fundamentally different today than it was two days ago,” said Andrews. “But just how the church is going to be different in this respect is impossible to predict.”

City moving to two bag limit for garbage on June 8
Jun 1, 2020 5:04 PM
Comments
We welcome your feedback and encourage you to share your thoughts. We ask that you be respectful of others and their points of view, refrain from personal attacks and stay on topic. To learn about our commenting policies and how we moderate, please read our Community Guidelines.