First Nations in Ontario’s Far North are being empowered to have a say on a future road to reach the stranded chromite and nickel deposits in the Ring of Fire.
Mar 2, 2015 12:32 AM By: Ian Ross - Northern Ontario Business 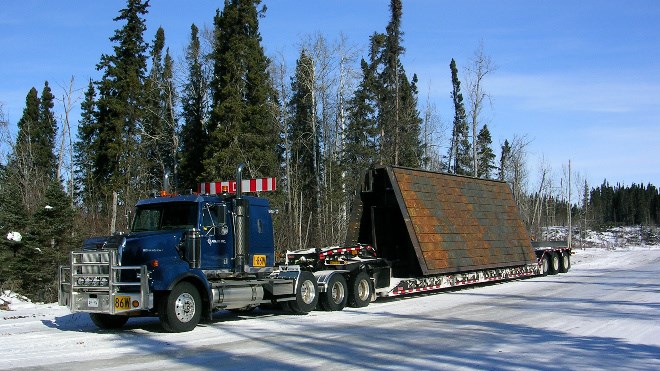 Four Aboriginal communities in the vicinity of the Ring of Fire in the James Bay lowlands received more than $732,000 from the federal and provincial governments to conduct a Regional Community Service Corridor study. File photo.
First Nations in Ontario’s Far North are being empowered to have a say on a future road to reach the stranded chromite and nickel deposits in the Ring of Fire.

Four Aboriginal communities in the vicinity of the isolated mineral belt in the James Bay lowlands received more than $732,000 from the federal and provincial governments to conduct a Regional Community Service Corridor study.

In championing it as a First Nation-led initiative, federal Natural Resources Minister Greg Rickford and Ontario’s Northern Development and Mines Minister Michael Gravelle kicked off the opening of the Prospectors and Developers Association of Canada’s annual convention in Toronto on March 1 with the joint announcement.

The partnership involves the remote communities of Webequie, Eabametoong, Neskantaga and Nibinamik. The money will cover the costs of satellite imagery and GIS mapping of the terrain in the James Bay region, combined with an extensive consultation process with the area communities that is expected to take four to six months.

In looking at the bigger transportation, economic and environmental picture, the corridor study will tabulate the costs and viability of moving freight and passenger over a number of route scenarios.

Both Ottawa and Queen’s Park recognize the Ring of Fire’s potential to have a trans formative impact on these communities, but developing the chromite and nickel deposits will require a heavy dose of public infrastructure investment in the future, such as replacing winter roads into these communities with permanent roads to reduce their isolation.

In a release, Gravelle said the partnership “lays the groundwork” for First Nations to explore corridor options, allowing them to benefit from resource development.

“We’re interested in tangible proposals that can help develop the region.”

Neskantaga Chief Peter Moonias said “establishing a year-round transportation corridor for the region is vital to ensure the health and economic well-being of First Nation communities in the areas, and this important project will help us achieve that goal.”

According to documents from Aboriginal Affairs and Development Canada, Ottawa has been insistent all along that any federal money invested in Far North infrastructure “should be dependent on (the) direct connection of area First Nations,” rather for the sole benefit of industry.

Noront Resources, the leading mining player in the Ring of Fire with the departure of Cliffs Natural Resources, has tabled its own east-west corridor in the vicinity of the four communities.

In reference to the Noront plan, Aboriginal Affairs said an additional 220 kilometres of infrastructure would likely be required to connect the communities.

In a statement from Noront, president-CEO Alan Coutts said it is “essential” that First Nations share in the long-term benefits of mine development and this news builds the case of his own company’s corridor to its flagship Eagle’s Nest nickel-copper-PGM deposit.

“This funding will help First Nation communities in the Ring of Fire benefit from construction of Noront’s east-west access road.”

Coutts said it also bodes well for the 400 trained members of the Matawa First Nations who have graduated from the Ring of Fire Training Alliance program.

Mining in the Ring of Fire has the potential to create more than 1,500 permanent jobs.

However, Aboriginal Affairs said there remain challenges concerning the limited pool of working age residents living on nearby reserves and their ability to take advantage of employment opportunities as the educational levels are “among the lowest of all the First Nations in Ontario.”