Outlander draws a crowd in Sudbury

Auditions for Outlander in Sudbury had to be temporarily closed due to the large number of applicants
0
Mar 3, 2018 5:00 PM By: Gia Patil 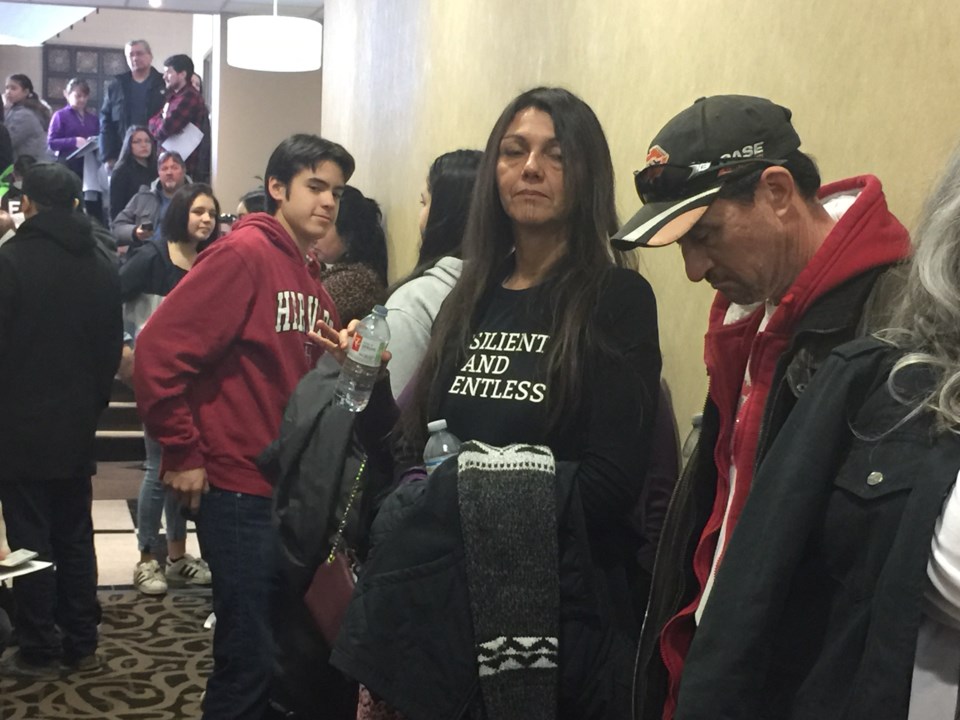 As hundreds gathered in the basement lobby of Clarion Hotel, they all had two things in common – they belong to First Nations group and they were here to score a spot on British-American TV series Outlander .

Anxious faces belonging to various age groups from far areas to nearby communities filled the hallway.

“We came from Toronto last night, to try our luck at this amazing opportunity. It's not often that such calls are made,” Nicole Beaudry, Toronto native said.

Although the auditions were initially said to be open from 10 a.m. to 4 p.m., they were closed at 2 p.m. due to the large number of applicants that had gathered.

“We came in at 12:30 p.m. and were told the auditions were closed and might open up in an hour. Now we are waiting to fill out forms,” Beaudry said.

While the wait might be excruciating for some, others were keen to enjoy every step of the way.

“I think this is going to be so amazing. I was so happy for this,” 14-year-old Brianna Boissoneault who was auditioning with her mom said.

"I think this is a great opportunity and it's about time that we see diversity in TV shows," Jennifer Boissoneault, auditioning with her daughter Brianna said.

Producers of the TV series are holding auditions in Sudbury and North Bay to cast about 120 First nations background actors for the show that will be filming in Scotland.

The producers also say they will be covering the cost of flights and hotels for performers while they are in Scotland.

“I just submitted my papers for my passport so it felt right that this opportunity was presented to me by a friend.” Beaudry said.

About the Author: Gia Patil