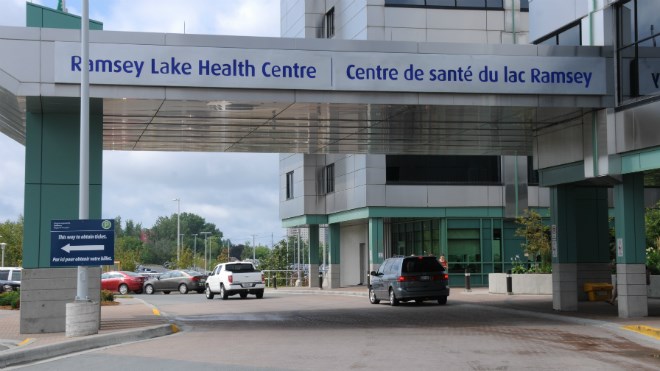 Health Sciences North is on track to recruit 26 physicians in 2013. File photo.

Health Sciences North's cost of being overcapacity in the last fiscal year, ending March 31, 2016, was $3.5 million, the hospital said.

Local president Dave Shelefontiuk said the situation has not improved in April.

David McNeil, Health Sciences North's vice-president of clinical programs and chief nursing officer, said the pressure has been off a little bit in April, but the hospital has been in a “continuous surge” for several months.

“We're dealing with significant inpatient volume at the hospital,” he said. “There's not really going to be any quick fix to the problem.”

McNeil said Ontario's health-care system is in a state of transition as the province puts more priority and funding dollars towards home and community care.

The hospital has been meeting with community partners, including the North East Local Health Integration Network, to better manage that transition.

While hospitals will continue to play an important role in the health-care system, McNeil said the focus needs to move to services that can only be provided in hospital, including surgeries, critical care and higher risk medical interventions.

On April 8, 2016, Health Sciences North had 80 alternate level of care (ALC) patients, which the province defines as patients occupying a hospital bed, but who do not require the intensity of resources and services a hospital provides.

McNeil said it's important those types of patients be transitioned to other care settings.