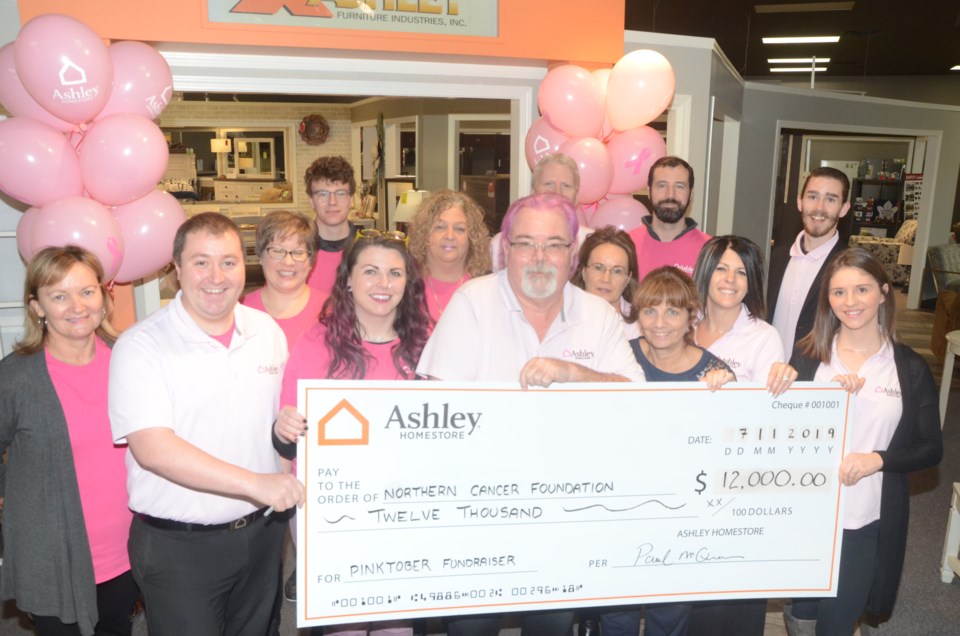 Paul McQueen and his staff at Ashley Furniture Homestore presented a cheque for $12,000 to Tannys Laughren, executive director of the Northern Cancer Foundation. (Ryan Marcotte/Sudbury.com)

Ashley Furniture Homestore owner Paul McQueen is sporting some pink hair these days after his staff met and exceeded a fundraising challenge in support of the Northern Cancer Foundation.

Anyone who knows McQueen knows he isn't one to have the spotlight shine in his direction, but with pink hair drawing attention to him wherever he goes, he's getting used to, he said.

“It's for a good cause, and my staff is having fun with me,” McQueen said. “I wanted to give them a little more motivation to raise money.

“We are a community-oriented business, and this is our way of giving back,” said McQueen. “I want to thank the customers who purchased furniture in October. They helped raise this money.”