Investigators say they have found a fourth gun at the scene where a one-year-old boy was shot dead
Nov 28, 2020 8:00 PM By: Canadian Press 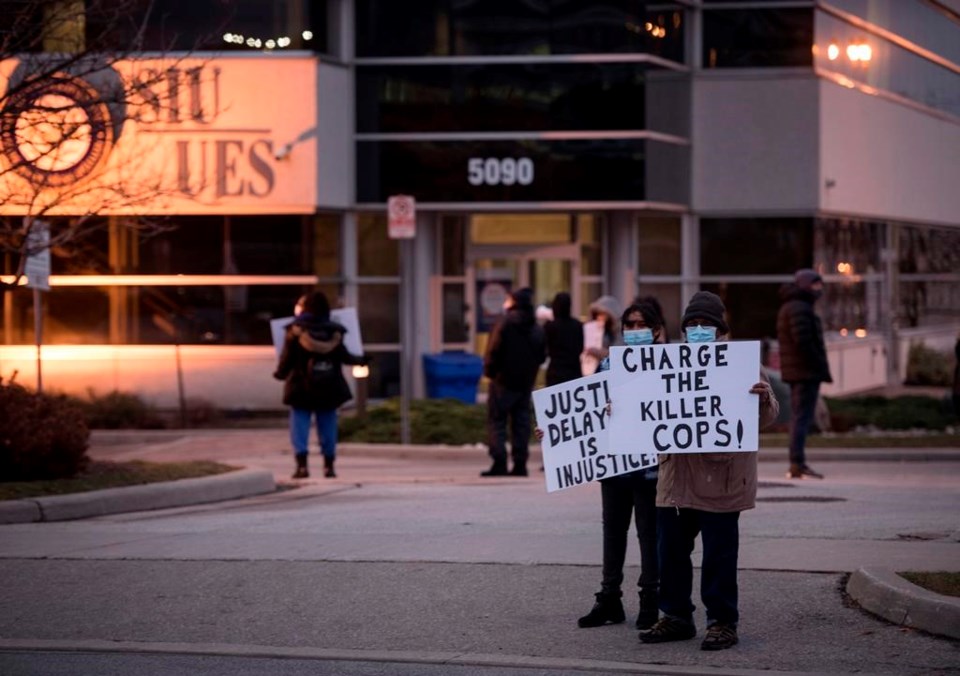 MISSISSAUGA, Ont. — Investigators say they have found a fourth gun at the scene where a one-year-old boy was shot dead.

They say three officers opened fire on the baby's father after his pickup truck crashed into a cruiser, injuring an officer.

The Special Investigations Unit says the boy in the back seat was killed by gunfire.

His 33-year-old father and a provincial police officer were injured.

The SIU says there were three police-issued firearms at the scene, and they found a handgun in the pickup truck.

An autopsy has been scheduled for Saturday morning.

"The SIU appreciates the public interest in this tragic case and is doing what it can to get answers to the public as quickly as possible while ensuring that the integrity of the investigation is not compromised," the agency said in a statement. "We ask for the public’s continued patience.

The father and police officer were both in hospital in stable condition, the SIU said.

Four investigators, two forensic investigators and a collision reconstructionist were probing the incident, the SIU said, and three officers are under investigation.