People who experience food insecurity are more likely to be diagnosed with a variety of chronic conditions, and have difficulty managing those conditions, says a Toronto-based researcher.
Jul 4, 2015 10:47 PM By: Jonathan Migneault 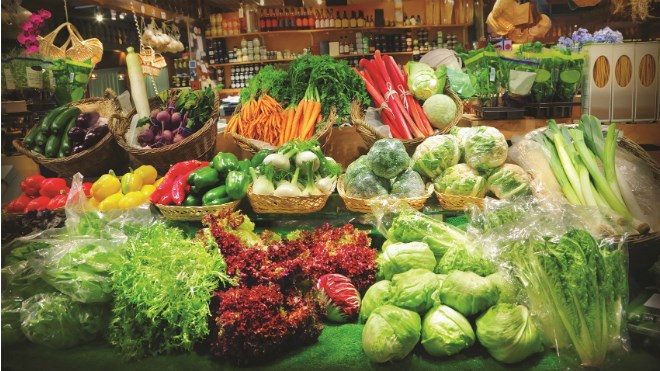 The Sudbury and District Health Unit has updated its online food safety inspection results disclosure system and has introduced a decal program for food premise owners to coincide with that launch. File photo.
People who experience food insecurity are more likely to be diagnosed with a variety of chronic conditions, and have difficulty managing those conditions, says a Toronto-based researcher.

“From many vantages it's a stronger indicator of poor health than poverty is,” said Valerie Tarasuk, a professor with the University of Toronto's Department of Nutritional Sciences.

Much of Tarasuk's research has focused on food insecurity, which she defines as people struggling to put food on the table for themselves and their families.

According to Statistics Canada's 2013 Canadian Community Health Survey, around 12.5 per cents of households in Ontario, or roughly 1.6 million people in the province, experience food insecurity.

“We know the single biggest determinant of household food security status is income,” Tarasuk said. “The lower the income, the greater the risk.”

The majority of Ontario families that struggle to put food on the table – 69 per cent – are part of the labour force.

“Even though they're working, they're not able to make ends meet,” Tarasuk said.

Seniors make up the group that is most food secure, and Tarasuk and her colleagues with the Canadian Institute of Health Research have theorized it's because of the Guaranteed Income Supplement many Canadians over the age of 65 qualify for.

“We think that's because of the greater financial resources they've got with these guaranteed annual incomes,” Tarasuk said.

The guaranteed annual income some seniors receive, she said, is more than double what Canadians on social assistance often get.

“To be on welfare, in particular, is almost guaranteed food insecurity in this province,” Tarasuk said.

The best way to address hunger and access to food, she said, is to implement public policies that give Otnarians in need a sufficient guaranteed annual income.

“We don't have any public policy in Ontario that's designed to lower these numbers (of food insecurity),” Tarasuk said. “There are many indications the problem is getting worse.”

While food banks have become the public face of hunger in Canada, Tarasuk said they only offer temporary assistance to families, and don't address the root causes of food insecurity.

“There's no way we can see them as a solution,” she said.

But food banks have shown that food insecurity is an issue that is important to Canadians, she said, and have galvanized people to money and food to help those in need.