When Pope Benedict XVI announced this week that he was resigning — the first pope to do so in nearly 600 years — Roman Catholics the world over gasped. Not only was the announcement itself surprising, the timeline was even more so.
Feb 12, 2013 8:06 PM By: Jenny Jelen 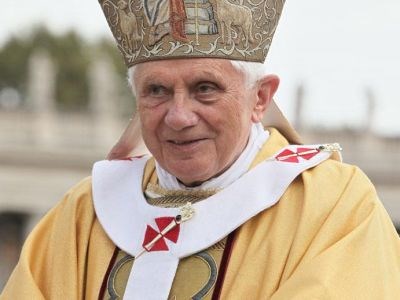 Not only was the announcement itself surprising, the timeline was even more so. By the end of February, the Pope would be stepping down.

Although the world's Roman Catholics are understandingly concerned, Bishop Jean-Louis Plouffe of the Diocese of Sault Ste. Marie called the Pope's decision “admirable.”

He said it takes a certain amount of humility and boldness to step down.

“You have to admit you feel you don't have what it takes,” Plouffe said — a tough thing to do, no matter the circumstances.

Rev. Dr. Tim Perry, rector at the Church of the Epiphany and faculty at Thorneloe University's School of Theology as well as Laurentian University's Joint Department of Religious Studies, said the 85-year-old pope's decision is “momentous in many ways.”

“It's significant because this pope in this action has very deliberately distinguished the person from the office in a way that hasn't been done in many, many centuries,” Perry said.

“That's probably a good thing. It's a good reminder to the church that the Office of Bishop of Rome is always more than whoever happens to be filling the office at the time.”

In his release, Benedict said “I have come to the certainty that my strengths, due to an advanced age, are no longer suited to an adequate exercise of the Petrine ministry.”

According to media reports, Pope Benedict said his strength over the last few months “has deteriorated in me to the extent that I have had to recognize my incapacity to adequately fulfil the ministry entrusted to me.”

The head of the world's 1.2 billion Catholics, the Pope said he was “well aware of the seriousness of this act,” media reports stated.

The last time a pope stepped down was nearly 600 years ago.

“My thoughts are very similar to other people who have spoken — I'm quite surprised, because it's the first time it has happened in 598 years,” Perry said.

“Having said that, he has talked about popes retiring before.

“In his own mind, it was always a possibility, in a way it wasn't in his predecessors mind.”

While surprised, Perry said the pope's decision is respectable.

The Anglican priest, who admitted he is not as personally invested as his Catholic friends, said he hopes Pope Benedict's successor is just as committed to working toward “paths of greater co-operation and unity among Christians.”

“Both (Benedict and his predecessor John Paul II) demonstrated a way in which the Bishop of Rome could serve the whole church and not just the Catholic church,” he said. “I hope that continues.”

After Benedict officially steps down, cardinals will gather at the Sistine Chapel, where they will converse and pray together. About 120 cardinals will be eligible to vote for one who will become the next Pope.

Once one candidate has received as least two-thirds of cardinal support, white smoke will billow out of a chimney.

“Shortly after, the Pope will be presented to the people,” Plouffe said.

The process typically takes between three and five days, he said.