Conditions for Registered Practical Nurses in Northern Ontario worse than those of their Southern Ontario counterparts, according to survey
May 13, 2021 2:45 PM By: Len Gillis, local journalism initiative reporter 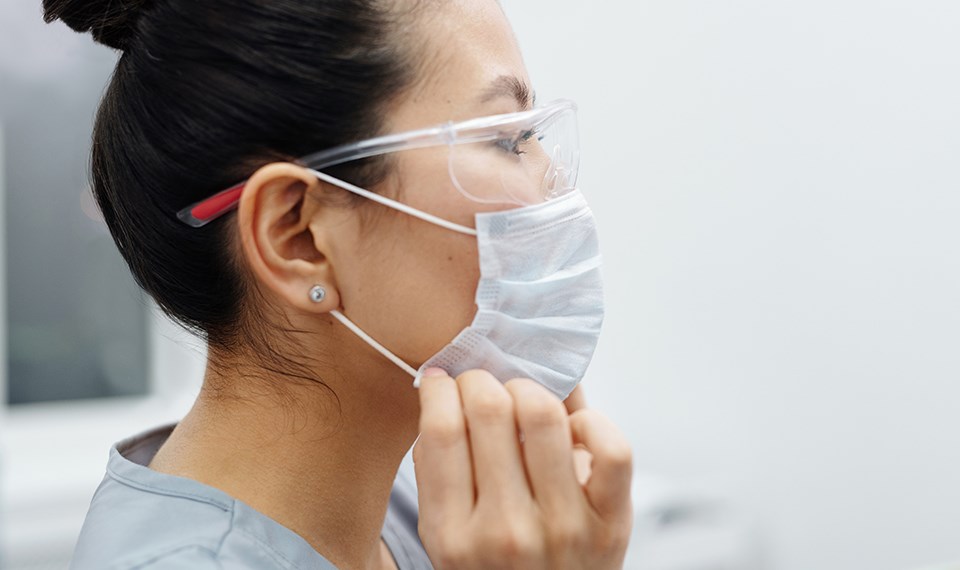 Photo by Cedric Fauntleroy from Pexels

Registered Practical Nurses (RPNs) in Northern Ontario are experiencing greater levels of anxiety, workplace violence, workload pressures and other negative impacts when compared to other RPNs across Ontario.

The details, outlined in an RPN Members’ Survey, were released Wednesday by the Ontario Council of Hospital Unions and the Canadian Union of Public Employees (OCHU/CUPE) in an online teleconference.

Michael Hurley, the president of OCHU/CUPE, said it shows that action is required to improve the working conditions and pay levels for Ontario's RPNs.

“Our polling paints a stark picture of exhausted nurses who feel unvalued and unsupported,” he said.

“A large number are considering leaving nursing. At every turn, doors have been slammed in their faces. Refused the protective equipment they need to work safely. Not fully vaccinated despite working with COVID-19 patients. Not being paid if they catch COVID-19 at work and must take 10 days off.

“Told to accept real wage cuts. Nurses have really stepped up for the people of Ontario during this crisis and they deserve so much more from their government than platitudes.”

Also commenting during the teleconference was Sharleen Stewart, president of SEIU Healthcare (Services Employees International Union) who said there is a growing level of worker dissatisfaction and burnout.

“Research shows us that denying registered practical nurses fair wages and safe staffing levels mean our hospitals are about to experience an exodus of front-line staff,” she said.

“The burnout is real and decision makers must heed the warnings. Nurses cannot continue to take on more work done by fewer staff—staff who are now carrying the emotional and physical weight of a pandemic.

“Premier Ford’s government made hallway health care worse and allowed wait times to grow, all before the pandemic hit us. In the aftermath of the pandemic, we’re asking for a better deal for Ontario’s registered practical nurses.”

There was a detailed breakdown of the survey results provided by Sharon Richer, secretary-treasurer of OCHU/CUPE. She said the survey was carried out by Oracle Poll Research which surveyed CUPE RPNs across Ontario earlier this year.

"The purpose of the poll was to gather information from CUPE's RPNs on workplace issues, including health and safety, workload, and morale during the COVID-10 pandemic," said Richer.

She said the poll was carried out in the last week of March in April where 2,650 RPNs took part in the poll. Richer said this included 200 RPNs in Northern Ontario health care venues.

She revealed that 92 per cent of the Northern Ontario respondents worked throughout the pandemic, from March 2020 (93 per cent Ontario-wide).

When asked if their workload had changed in the past year, Richer said Northern Ontario respondents indicated it had "increased a lot" (81 per cent Ontario-wide).

She said the RPNs were also asked whether the incidence of violence, from patients or family members, had increased toward themselves or coworkers in the past year. The survey said there was an 83 per cent increase in violence (70 per cent Ontario-wide).

Richer also mentioned that government figures so far have indicated that COVID-19 infections among health care workers was at roughly 20 per cent.

"As you can see 43 per cent of the Northern Ontario area told us that they had either been infected with COVID-19 or had been exposed to the virus at work, forcing them to self-isolate or quarantine. After being exposed to COVID-19, 36 per cent stated they were not paid for their sick leave," said Richer.

She said many unionized health care workers indicated that they were fearful of bringing the virus home from work. She said many workers did such things as changing their clothes in the garage at home, living alone in the basement and only speaking with their children through a doorway or a window, just to prevent them from spreading any COVID-19 infection at home.

The survey showed 97 per cent of the RPNs were either "extremely concerned" or "somewhat concerned about infecting friends or family members (91 per cent Ontario-wide).

Richer said the survey also looked into the issues of coping, mental health and morale. She said the responses were “alarming.”

"Forty-five per cent of RPNs describe their state of mental health to be poor. And when we asked how they were coping, 61 per cent answered poor," said Richer. She added that 50 per cent also described morale at work, as being poor.

Richer said many of the Northern Ontario RPNs said staffing levels continue to be a problem just as they were before the pandemic.

As part of the Zoom news event, the union called on some Northern Ontario nurses to comment on the survey as well as comment on their own working conditions.

One of those was Karen Brosseau, who described herself as an RPN who has been working in Sudbury for the past 29 years. She said she never thought she would have to work through SARS or the current COVID pandemic.

"Working through COVID has been difficult on all nurses, both physically and mentally, across the province," said Brosseau. She said this included having an excessive number of patients, not having enough staff on hand, not enough beds, and not enough bed linens.

Brosseau said there were times when she wondered if she could do her job safely and care for her patients in the best possible way.

"This Nursing Week, I am asking our premier and our health minister to support RPNs in the best way possible; that is protect us, respect us, pay us."