The city has decided how it's going to spend the $2.3-million provincial grant it received late last month for nine watershed studies over the next two years.
0
Mar 24, 2016 1:07 PM By: Darren MacDonald 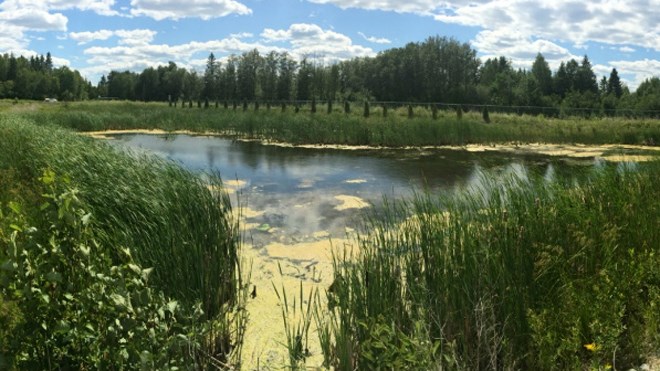 Ramsey Lake, a main source of drinking water in the city, was already announced as the first to be studied. Meeting Tuesday, city council named the other eight: seven watersheds along Junction Creek, as well as Whitewater Lake in Azilda.

Carl Jorgensen, general manager of Conservation Sudbury, told councillors the studies will become an ongoing resource for protecting water quality in the city.

“It's a constant improvement kind of thing,” Jorgensen said.

Consultants will be hired to do the studies, he said, because they don't have the capacity to do the work themselves.

“But we have a lot of input to provide,” he said.

Once the studies are complete, however, Conservation Sudbury will suggest and monitor the results of initiatives aimed at protecting and improving water quality.

“The Conservation Authority will be well positioned to carry on this work.”

There are some 330 lakes in Greater Sudbury, contained within 25 watersheds that drain into Lake Huron. The studies will lead to recommendations to develop management practices to reduce erosion, prevent flooding and maintain or improve water quality. Recommendations will also help determine rules for developments near local watersheds.

The impact of climate change will also be factored into the results of the studies.

Ward 4 Coun. Evelyn Dutrisac said she's pleased Whitewater was included in the list. She said soil erosion has become a major issue for residents near the lake.

Once a plan is in place, however, she asked who would pay for remedial steps included in the recommendations.

“Would it only be the city investing the money?” Dutrisac asked.

City drainage engineer Paul Javor said it depended on the nature of the recommendations.

“If there were issues with someone's private septic system, they would be responsible,” Javor said. “And there is potential for other agencies to assist in education.”

Roads director David Shelsted said the study will look at what happens during extreme events – floods and big melts, for example – and the impact the events have on the lake. Control measures will be focused on minimizing the impacts of these big events.

Jorgensen said the province no longer has funding to help people deal with the effects of erosion.

“It was quite some ago that ended,” he said. “So there are no funds to be able to address those issues. (But) you could always ask.”

The public can provide input on the findings of each study and the proposed mitigation strategies. Consultations will also be held with local groups and community partners, as well as First Nations communities.