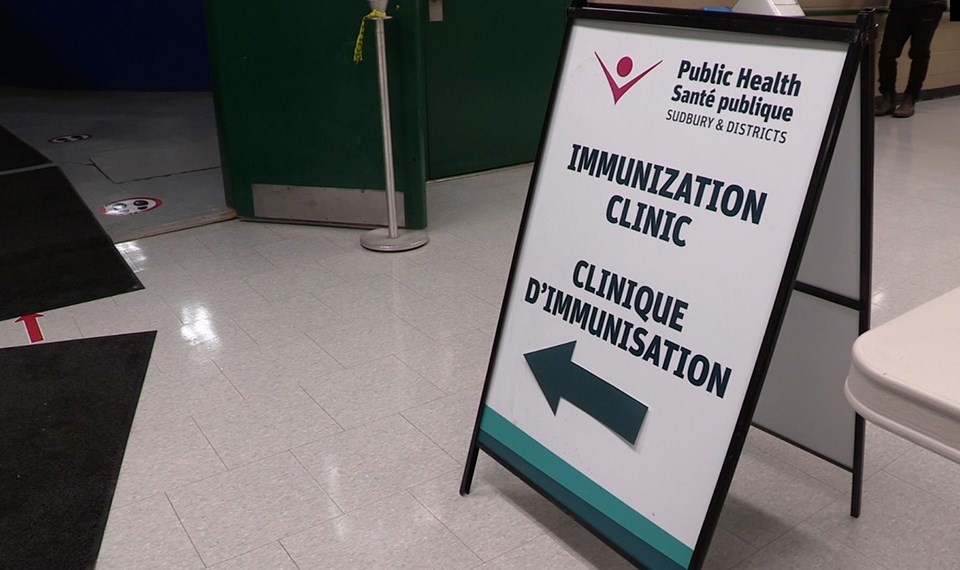 Also, since the Public Health Sudbury & Districts (PHSD) began tracking COVID-19 cases just over one year ago, there have been 1,581 total COVID-19 cases confirmed locally.

PHSD also said 1,316 of those cases have been resolved.

Also, a new COVID-19 outbreak has been reported in the city, at the Hillcrest Wing of St. Joseph's Villa, involving one resident, said PHSD.

In terms of possible causes of the new cases, PHSD reported six cases associated with outbreak, 12 new cases linked to close contact of a confirmed case, and nine cases listed as "under investigation".

PHSD has also reported general demographic information about the people who are becoming infected.

Epidemiological data showed that the majority of cases are persons in the 20 to 39 age category with 538 total cases (an increase of 12 over Monday).

The next highest number was 359 cases for the 19 and under age group (an increase of four).

Seniors in the 60 to 79 age group amounted to 206 cases total (an increase of four), and people aged 80 and over are currently the lowest category with 81 cases (an increase of three). There was also no increase reported in the "unspecified category."

As for local vaccinations, PHSD reports a new total of 41,256 vaccines given. This includes 4299 who have received first and second doses.

PHSD is also reporting there are still five cases of "confirmed" variants of the COVID-19 virus, with no increase after several days.

There are, however, 456 cases that are "screened positive" for variants of concern, an increase of 12 over the number reported on Monday.

At Sudbury's Health Sciences North, as of April 6 there are 19 patients with confirmed cases of COVID-19 at the hospital. On the HSN website, this included six COVID patients in the Intensive Care Unit (ICU).

There are an additional 14 admitted patients currently being "investigated" for COVID-19, and awaiting test results. One of those patients is in the ICU at this time.