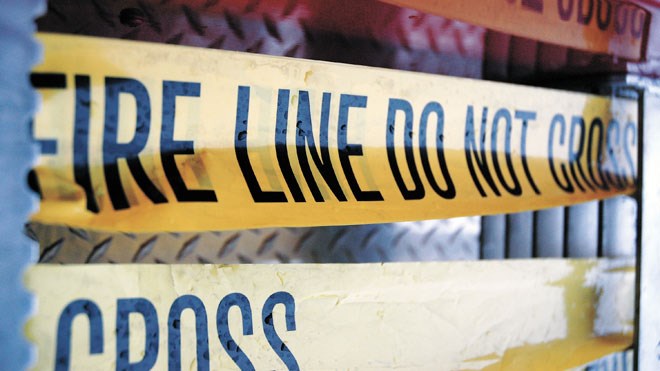 The Greater Sudbury Fire department responded to a structure fire on Deschene Road in Hanmer this morning, which has displaced four residents from the single-family home.

At approximately 4 a.m. this morning, a Hanmer resident was leaving for work when he noticed that his neigbouring in-laws' home had caught fire sometime over the course of the night.

In the process of calling 911, the resident and his wife rushed over to the home to wake his brother-in-law, who was asleep in the basement at the time. There were no injuries related to the incident.

The Greater Sudbury Fire Department received the call at 4:19 a.m., arriving on scene less than five minutes later with a total of six vehicles and 17 personnel from the Val Therese, Hanmer, Downtown Sudbury and New Sudbury stations.

The fire was extinguished at 6:55 a.m. this morning, with no damage to nearby structures.

The fire, which is believed to have been started as a result of an electrical failure, is estimated to have caused upwards of $150,000 in damage.

Mining watchdog accuses Impala Canada of putting workers, communities at risk
Jun 4, 2020 9:00 PM
Comments
We welcome your feedback and encourage you to share your thoughts. We ask that you be respectful of others and their points of view, refrain from personal attacks and stay on topic. To learn about our commenting policies and how we moderate, please read our Community Guidelines.