Because it's a human resources issue, the mayor said he couldn't reveal what sort of severance package Nadorozny would receive, or whether the decision was made following a lengthy closed-door meeting city council held Monday.
Apr 15, 2015 1:34 PM By: Darren MacDonald 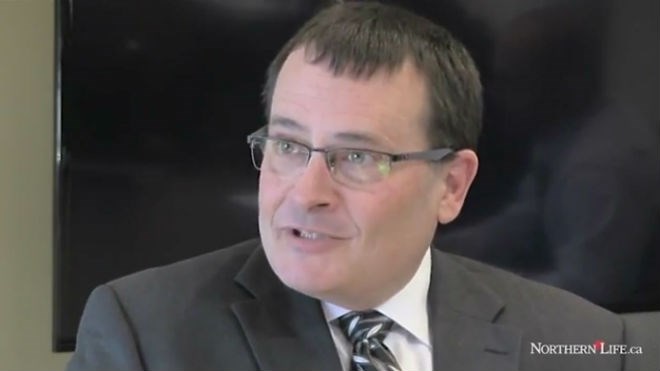 Mayor Brian Bigger said the city's new CAO should be someone who can work with council and who is citizen-focused. File photo

Because it's a human resources issue, the mayor said he couldn't reveal what sort of severance package Nadorozny would receive, or whether the decision was made following a lengthy closed-door meeting city council held Monday.

"I really can't speak to any in camera meetings,” Bigger said. “All I can say is that Mr. Nadorozny is no longer with the corporation and we wish him well."

With Nadorozny gone, the post will be filled by a rotating series of managers, similar to how it's handled during vacations.

"Normally, the senior management team covers when the CAO is away, and so we'll follow that process," Bigger said. "I've asked (HR manager) Kevin Fowke to take the first two weeks."

The change at the top is the second major turnover at the city since Bigger took office in December. Earlier this year, Catherine Matheson, the GM of community development, left for a two-year secondment with the Northeast Local Health Integration Network.

That move prompted Nadorozny to shuffle responsibilities of senior managers to both cover for Matheson's absence and to put together a team dedicated to finding $6 million in savings required as a result of this year's budget freeze.

In an interview April 10 with Northern Life about the restructuring, Nadorozny gave no hint he was planning to leave.

“We've got some significant tasks before us, so I need a team that can roll their sleeves up and get into it," he said.

"We know there are some key things that have to move forward within the organization — beyond the day-to-day work, and beyond the fact we have to find $6 million in savings. That's why it's playing out the way it is. There is a lot of work to do on all three fronts."

Bigger said Wednesday a recruitment committee will be formed to find candidates for the CAO's job, a process that is expected to take months.

"Obviously, it's a very important recruitment process for the corporation,” he said. "What I'm looking for is a CAO that works well with council and is citizen-focused. And I can assure you that the City of Sudbury will continue to deliver services and work toward delivering the services at the level that citizens expect. And that council will continue to act in the best interests of the citizens.

“My approach has always been to work towards improving openness, transparency and accountability. And I'm confident the organization will continue working in that direction."

He was the general manager of growth and development when the Sudbury Transit ticket scandal took place. In that case, the contractor responsible for selling bus tickets failed to turn over the revenue to the city. Despite accumulating an arrears as high as $1 million, the contract was renewed several times. The city managed to recover much of the money, but is still out about $500,000.

No one was charged criminally in connection with the scandal.

Nadorozny was also tied to the controversial decision to purchase the new transit garage on Lorne Street in 2010 for $4.9 million. While early estimates pegged renovations at around $15 million, costs came in at $23.5 million.

When asked whether either of those controversies played a role in Nadorozny's departure, Bigger said he couldn't comment.

"I really can't speak to any HR matters at all," he said.

But Bigger said the management shuffle Nadorozny recently announced put a structure in place to deal with the challenges the city is facing.

"Mr. Nadorozny had confidence ... in the people he assigned to those roles and I'm sure that we will be moving forward," Bigger said. "The changes that have occurred are something that is very important to the organization, but as I said, we will form a recruitment committee and we will hire our next CAO and we'll move forward to having a fully staffed organization within the next few months."

CAO Doug Nadorozny has left the City of Greater Sudbury, the municipality announced this morning. The role of Chief Administrative Officer (CAO) will be filled on a rotational basis until further notice. A committee will be created to recruit a new CAO.

Nadorozny has worked for the city since 1999 and was appointed CAO in May of 2009. The mayor and council would like to wish Mr. Nadorozny well, the press release states.

NorthernLife.ca will update this story as more information becomes available.

Sudbury.com’s 12 Days of Kindness countdown is set to begin
Dec 4, 2020 10:00 AM
Comments
We welcome your feedback and encourage you to share your thoughts. We ask that you be respectful of others and their points of view, refrain from personal attacks and stay on topic. To learn about our commenting policies and how we moderate, please read our Community Guidelines.