Elizabeth Davis says she, young kids, were targets of racist insults after a outing to the movies
Feb 4, 2020 2:45 PM By: Darren MacDonald 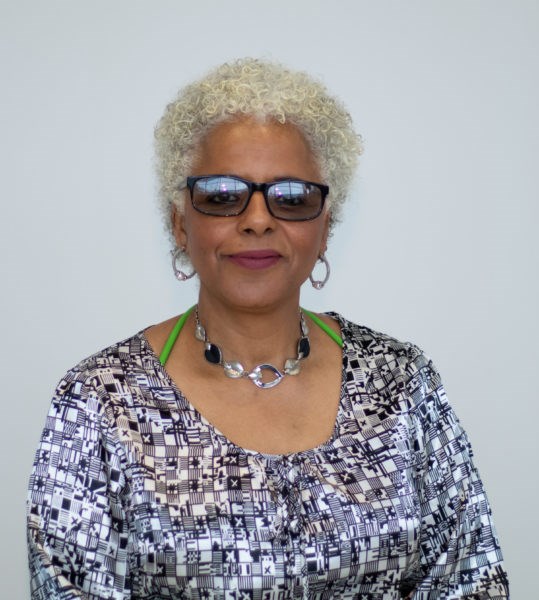 An outing to the movies with some young people from Louis Street – including child refugees recently arrived from Nigeria – turned ugly recently when the organizer and the children were subjected to racist taunts.

Elizabeth Davis, who runs the Louis Street Community Association, said the insults started when she saw a man with what looked like a pit bull near the bus stop as the group returned from the cinema.

The kids from Nigeria were not used to dogs, and were afraid, so Davis asked the man if he would mind moving while they got off the bus at Louis Street.

“I said I have kids coming off the bus that are afraid of dogs,” she said. “And for whatever reason – I don't know what kind of day he was having — but you know, he just flew off the handle. He was accompanied by another gentleman. And before I knew it, this gentleman was calling me a black c-word, a black f—king whore – it was all very vulgar, very derogatory remarks.

“And I just kept saying to him, all I'm asking you is just to move the dog, but he wasn't satisfied with that. He just continued to go on and to yell these racist, derogatory, ignorant hurtful names at me, and at this point all these little black kids were coming off the bus.”

Davis was hurt that none of the other parents there intervened, especially as the man kept yelling as the children got off the bus.

“The poor kids are freaking out because they see this big dog, and I'm standing there by myself, protecting the kids behind me. I kept telling him, like shut up, you know what I mean? It's done, shut up, but he just wouldn't stop.”

Adding insult to injury, Davis said one of the young bystanders turned to his mother and said, “oh mama those are the little niglets you were talking about – and he was referring to the black kids.

“You know, I was humiliated. I was hurt. I was afraid and I all I could do was tell him to shut up. Like I was defenseless. I felt helpless.”

Davis is quick to praise the response from Greater Sudbury Housing and Greater Sudbury Police. Both were supportive, she said, and when they received the harassment complaint, police quickly identified who had made the remarks.

Police spokesperson Kaitlyn Dunn confirmed they got the complaint Jan. 27, and an officer spoke with Davis, as well as the person who made the racist slurs.

“The individuals involved in the incident were identified and the officer attended their residence in order to speak with them regarding the matter,” Dunn said in an email. “The individuals were apologetic and indicated that they would not attend that location again.”

The most recent incident aside, Davis said the city has been very good to her. She and her family moved to Greater Sudbury in the 1960s from Nova Scotia. Generations before, her family came to Canada on the Underground Railroad, a secret escape route run by anti-slavery activists in the U.S.

But Nova Scotia has its own dark past in dealing with Canadians of African descent. Many of the immigrants on the railroad were herded into a community that came to be known as Africville, just outside of Halifax.

While residents there paid property taxes, they received no services and politicians at the time would put any undesirable development smack dab in the community – including an infectious disease hospital, a prison and a dump.

By the 1960s, civic leaders in Halifax unilaterally decided that Africville had to go, to make way for a number of industrial developments.

“Residents who could prove they owned their land were offered payment equal to the value of their houses,” says a post on the Canadian Museum for Human Rights. “Residents without proof – some residents did not have deeds, even if their families had lived on the site for generations – were offered $500. Those who resisted relocation could have their lands expropriated by the city.

The last remaining Africville home was destroyed in January of 1970. More recently, there were race riots in Cole Harbour in the 1990s, and protests in Halifax, where night clubs required memberships for entry – but only if you were a person of colour.

While Davis says things in Sudbury aren't perfect, residents here are generally welcoming. When she had relatives visit from mainland Nova Scotia in the 1970s, Davis said they were amazed at how friendly people are.

“They couldn't believe that we would get on a bus and all these white people would get up and they would let you sit,” she said. “When they went back (to Nova Scotia), they said, 'Oh my God, the white people in Sudbury — I went to sleepovers, I went to dances.'”

But still, Davis said there's work to be done, especially as the city is looking for more immigrants to prevent the population from shrinking and to fill a severe skilled labour shortage.

An immigration pilot project begins in June, Greater Sudbury said in a statement about the Rural Immigration Pilot Program. It aims to ease the path of people who want to immigrate to smaller communities outside of Toronto.

“The program is designed to spread the benefits of economic immigration to smaller communities by creating a path to permanent residence for skilled foreign workers,” the statement said.

The city is working on an educational component with the program, the statement said without elaborating. And Public Health Sudbury and Districts received $200,000 to prepare something called a Racial Equity Action Framework, a broad strategy to address systemic racism.

According to the 2016 Census from Statistics Canada for Sudbury and districts, 15.2 per cent of people in the city identify as Indigenous, while 3.3 per cent of private households identify as “visible minority.”

Within Sudbury and districts, the three largest visible minority groups in private households were black (38 per cent), south Asian (38 per cent) and Chinese (25 per cent).

More recently, the number of international students studying in Sudbury has soared, and some of them could become permanent residents through the pilot project.

For her part, Davis said she gets racist comments directed her way weekly, but most of the time, she lets it go, putting it down to ignorance.

The most recent incident involved child refugees, however, and she snapped. In a Facebook post, she railed against “white people,” but Davis said she meant only racists. It upsets her that she let them get to her, allowing them to make her feel small and humiliated.

“Those people who know me, who care about me, who know the work that I have done in this community, will understand that it's not them I'm talking about,” she said. “It's about these people of ignorance and disrespect that just think is it OK to call someone of any race or whatever (names) to that degree.

“This is where we all live and we need to be, as a community, strong together, so that this stuff doesn't happen … We want you to be able to come home and watch your kids play and not worry. This is our home.”