Railway-crossing fatalities up 11% in Canada

Last year, there were 261 railway-crossing and trespassing accidents in Canada, where 78 people were killed and 53 people seriously injured as a result, according to the Railway Association of Canada (RAC).
0
May 1, 2013 1:21 PM By: Sudbury.com Staff 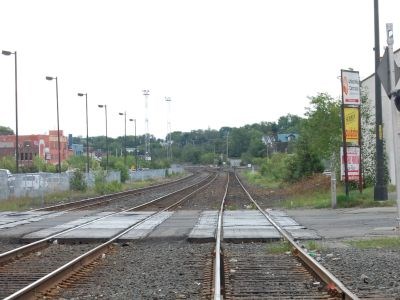 Seventy-eight people died last year in Canada as a result of railway-crossing and trespassing collisions, said the Railway Association of Canada. April 29 to May 5 is Public-Rail Safety Week. File photo.
Last year, there were 261 railway-crossing and trespassing accidents in Canada, where 78 people were killed and 53 people seriously injured as a result, according to the Railway Association of Canada (RAC).

Western Canada, particularly the Prairie provinces, remains a cause for concern, said the association. Fatalities in the Prairies more than tripled from 2011; crossing and trespassing accidents jumped by 90 and 200 per cent respectively and serious injuries also spiked.

Conversely, incidents in British Columbia declined or held steady across nearly all categories.

Rail statistics are compiled monthly by the Transportation Safety Board. In Ontario, there was very little change in accidents, fatalities and serious injuries, year-over-year.

Quebec and the Maritimes had the best record, as all types of incidents either declined or remained unchanged in 2012.

Considering there are some 37,000 public, private and pedestrian highway/railway crossings in Canada and that most collisions occur within 40 kilometres of the person’s home, it's important that all Canadians play an important role in rail safety, said the RAC.

Those statistics are part of the lesson the RAC is emphasizing through Operation Lifesaver, Canada’s national public-rail safety program, which launched the 11th annual Public-Rail Safety Week. It's a a nationwide initiative aimed at raising awareness among Canadians of the safety implications around railway lines.

Various safety and policing measures have been put in place by railways to prevent collisions involving trains and motor vehicles at rail crossings and to stop trespassing on rail property, but it seems Canadians just aren't listening.

PRSW 2013 runs from April 29 to May 5 under the theme A Shared Responsibility, designed to promote the importance of rail safety by engaging in dozens of community-level events and local activities including school presentations, crossing blitzes and mock collisions.

“With crossing and trespassing incidents up in Canada last year, the need to raise awareness around the issue has never been greater,” said Mike Regimbal, national director of Operation Lifesaver.

“This year’s theme — A shared responsibility — means that preventing needless occurrences is a joint effort. Public-Rail Safety Week is the biggest of the many initiatives put forth by the rail industry throughout the year to promote rail safety and if the public learns about best practices, there’s no reason why we can’t avoid these incidents.”

While the number of collisions and deaths are up across the country, according to polling conducted by Leger Marketing for the RAC in March 2012, the vast majority (83 per cent) of Canadians perceive railway transportation, including freight and passenger transportation, as the safest means of transportation and best for society overall compared to trucks, buses and cars.

Operation Lifesaver spreads its motto of Look, Listen and Live through its many year-long initiatives that complement PRSW, including interactive kids websites, online new and professional driver education modules, and social media outreach on Twitter and Facebook.