'Students like Greta, students like Sophia Mathur, they're calling on the adults to stand up, to support them'
0
Oct 1, 2019 2:45 PM By: Heidi Ulrichsen 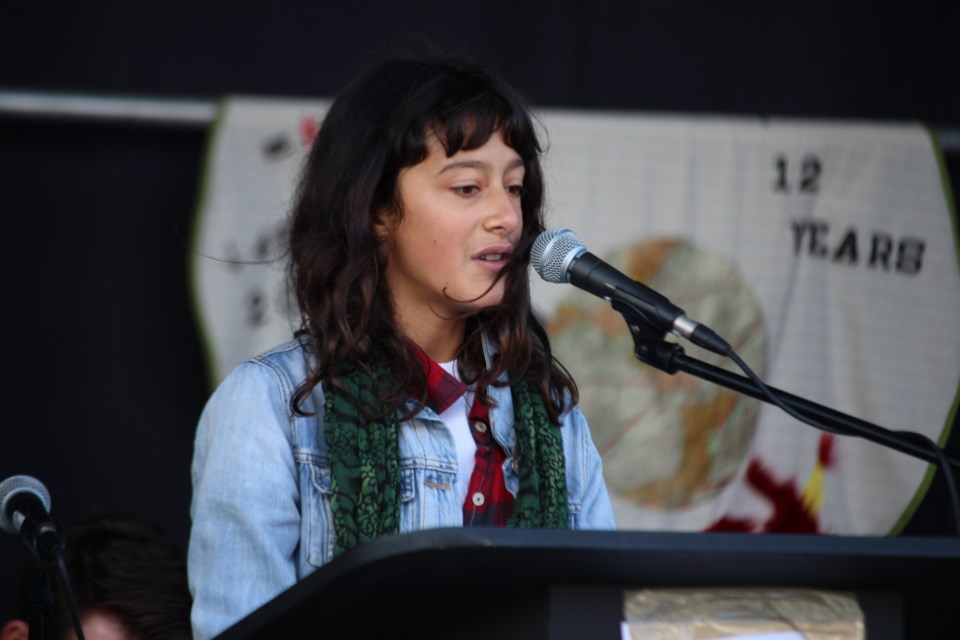 Kids around the world are joining 16-year-old Swedish environmental activist Greta Thunberg in refusing to go to school as she calls on world leaders to take stronger action on climate change.

That includes Sudbury's own Sophia Mathur. Since last year, the 12-year-old Lo-Ellen Park Secondary School student has been striking from school once a month on Fridays in solidarity with Thunberg.

The school board is following in the footsteps of the City of Greater Sudbury, which also declared a climate change emergency this past May.

Speaking at a climate rally in Sudbury last week, Mathur said it brought a smile to her face to know that her school board is helping to lead the charge in the fight against climate change here in Sudbury.

"It makes me really happy and hopeful, and hopefully more schools will be able to join with us in our rallies in the future," Mathur told Sudbury.com.

Judy Noble, superintendent of schools with the Rainbow board, said she's only aware of one other school board in the country (located in Victoria, BC) that has declared a climate change emergency.

She said the board's environmental education committee said with students engaging in activism around climate change, including some here in Sudbury, they were looking at ways to show support.

“Just watching what's happening in the world, students like Greta, students like Sophia Mathur, they're calling on the adults to stand up, to support them,” Noble said.

The committee came up with the idea of the board declaring a climate change emergency, which was adopted by Rainbow board trustees at their Sept. 24 meeting.

As part of that declaration, the board agreed to create a climate change action plan including having 100 per cent of Rainbow schools certified as EcoSchools within three years, with each school committed to reducing its carbon footprint and increasing sustainable practices.

“The environmental committee thought that the catalyst to get all the schools to get on board and to become EcoSchool certified would be to have the board of education state that this is a climate emergency,” said Noble, who sits on the board committee.

“We all need to commit, every single school needs to commit, we need to get all our students to commit to a climate change action plan.”

To date, 60 per cent of Rainbow Schools have earned certifications, 21 per cent higher than the provincial average, said a press release from the school board.

The Ontario EcoSchools program provides students with proficiencies, perspectives and practices that help them become environmentally responsible citizens inside and outside of the classroom.

“There is an urgent need to take further action,” said Rainbow District School Board chair Doreen Dewar, in the press release. “While we have made tremendous strides in our efforts to go green, we need to do more. As leaders in learning, we will continue to play an active role in addressing this global concern.”

Noble said the board is not trying to force kids to become political lobbyists, although they're not penalized for skipping school to push for climate action.

“Our mandate is education,” she said. “Our mandate is to help kids understand the urgency and the emergency and, in a small way every day, step up to make a difference in their classroom.”

In support of the board declaring a climate change emergency, all Rainbow board schools “unplugged” for one hour Sept. 26.

A lights-out event was held in the board's schools, with a discussion taking place about individual, classroom and school-level commitments that can be taken immediately to contribute to a climate change action plan.