The co-op applied to occupy the space rent-free for a period, and then at a subsidized rate after that. “From a landlord's point of view, we're collecting the full rent,” Zito said.
May 22, 2014 8:53 PM By: Jonathan Migneault 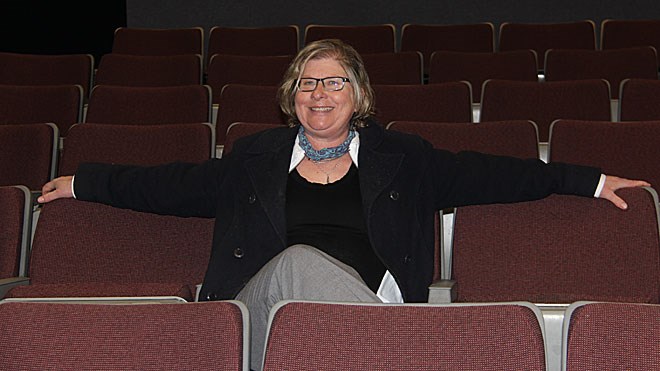 Beth Mairs, a member of the Sudbury Downtown Independent Cinema Co-operative's steering committee, said the group has started to look for alternative spaces for an independent theatre in Sudbury after plans to rent the former Rainbow Cinemas space fell through. File photo.
The co-op applied to occupy the space rent-free for a period, and then at a subsidized rate after that.

“From a landlord's point of view, we're collecting the full rent,” Zito said. “It doesn't make any sense at this point to be entertaining a free rent proposal or a subsidized rent proposal.”

Zito said a commercial venture, that would like to start a theatre showing first or second-run Hollywood hits to compete directly with Silver City, has shown interest in the space.

“We haven't been trying to peddle the space as an alternate use,” Zito said. “We think the cinemas are an important part of the complex here and sadly missed.”

Zito said he was in talks with the commercial theatre venture, which he could not name, as recently as a month ago.

Mairs said while the co-op has faced a setback with the Rainbow Centre, it is not yet down for the count.

Other arts organizations in the city have approached the Sudbury Downtown Independent Cinema Co-operative to do one-off film screenings.

Thursday night, the co-op will team up with the Galerie du Nouvel Ontario to screen a number of award-wining shorts that were first shown at the ImagineNATIVE festival in Toronto.

Mairs said the the co-op's ultimate goal is still to operate an independent cinema six or seven days a week.

“There's such a plethora of independent filmmaking that's going on, and nowhere for these films to screen anymore,” she said.

The group has started to look at other spaces that could be converted into a movie theatre.

The most popular idea amongst members, said Mairs, is to operate a theatre with a single screen that features a slate of independent films from around the world and also offers special screenings for community groups.

To learn more about the cinema co-op project, and become a member, search for Sudbury Indie Cinema Downtown on Facebook.