Reaching out to transgender persons

In her teen years, she struggled with the fear and stigma transgender persons face. “I had all the names for myself, 'deviant, freak, pervert,'” OLink said.
Oct 3, 2014 5:24 PM By: Jonathan Migneault 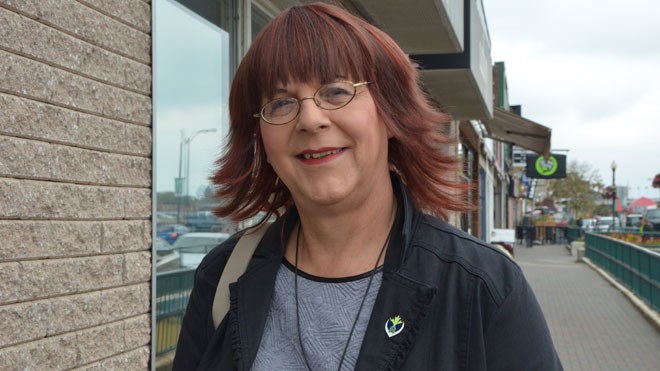 Rita OLink, a member of the TG Innerselves support and advocacy group for transgender persons in Northern Ontario, said she did not come out to her friends and family with her true gender identity until she was 50. Photo by Jonathan Migneault.
In her teen years, she struggled with the fear and stigma transgender persons face.

“I had all the names for myself, 'deviant, freak, pervert,'” OLink said.

Her depression drove her to the point where she plotted how she could end her life outside her parents' farm in such a way that her body would not be found.

“They wouldn't have to go through the shame,” she said.

OLink kept her true gender identity hidden for the next 40 years because she feared the impact her secret would have on her family. In fact,  most trans persons in Northern Ontario, she said, still hide their true identities from the outside world due to the stigma they face.

Now, she is hoping to help others through their own struggles. To make it easier for others to make the transition that took her a lifetime to complete, OLink became an active member with TG Innerselves, a local support and advocacy group for transgender persons in Northern Ontario.

On Monday, the group will receive a grant from the Ontario Trillium Foundation that OLink calls historic.

“Outside of the Toronto area, never has there been funding for anything approaching this,” she said.

The money will allow TG Innerselves to create an education campaign for the public, and reach out to trans persons across the North.

OLink said the organization plans to create an online service that would allow people in remote communities to access peer support through video or audio chat.

Sudbury, she said, has proven to be an accepting and progressive city for the lesbian, gay, bisexual and transgender (LGBT) community.

If she could live anywhere in the world, OLink said she would stay in Sudbury with her friends, family, and new church, which has welcomed her with open arms.

Still, much more needs to be done to reduce the stigma trans persons face every day, she said.

“At some time in our lives, half of us are going to seriously consider or attempt suicide,” OLink said.

While 71 per cent or trans persons have a post-secondary education, 39 per cent are unemployed, and 51 per cent make $15,000 a year or less.

In Sudbury, many of the city's most vulnerable youths are part of the LGBT community.

TG Innerselves works closely with the Sudbury Action Centre for Youth, where 40 per cent of the young people identify as LGBT, and around half of those are transgendered.