Recovery possible after a brain tumour 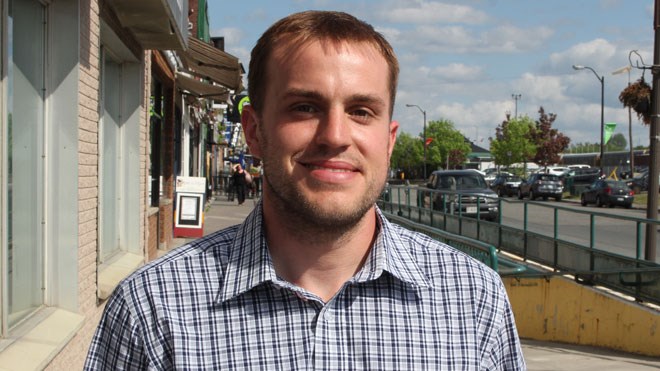 Sudbury's Gabriel Rodrigues survived a brain tumour, and made a full recovery, when he was a child. He is the official spokesperson for the 2016 Sudbur5y Brain Tumour Walk. Photo by Jonathan Migneault.

A brain tumour diagnosis does not mean the end.

Sudbury's Gabriel Rodrigues would know first-hand after surviving a brain tumour, and making a full recovery, when he was a child.

“Even though you're diagnosed with a brain tumour, you can battle through it,” he said.

From an early age, his parents knew something was wrong with his health.

“I wasn't acting like a normal kid,” he said.

From August to January 2000, when he was seven years old, Rodrigues suffered from constant dizziness, double vision, and often woke up from night terrors.

After a round of medical appointments, his parents brought him to an optometrist who said he had a lot of pressure near his eyes.

That led to a CT scan, which confirmed he had a brain tumour.

After his diagnosis, Rodrigues was immediately transported to Toronto's Hospital for Sick Children for surgery.

When he arrived in Toronto, he was told he might only have days, or even hours, left to live.

Doctors immediately installed a shunt in his head to relieve the pressure from the tumour. That helped for about a week, but the effect waned after that.

Rodrigues was then put under for 10 hours so surgeons could surgically remove the tumour.

The surgery was a success, and doctors removed a teratoma tumour from his brain that was a little smaller than a golf ball. The tumour was made up of non-cancerous tissue and a cyst.

After his recovery, Rodrigues went to on play hockey competitively, and got as far as the Midget AAA level before switching to soccer.

He studied journalism at Cambrian College, and went on to Laurentian University, where he has just completed a communications degree.

The young man has had to put professional soccer aspirations on hold due to a recent concussion and the extra risks head injuries pose due to his tumour and surgery.

Rodrigues is the official spokesperson for the 2016 Sudbury Brain Tumour Walk, which takes place Saturday, June 4, at Bell Park.

It's also possible to register as an individual, or a team, online (http://www.braintumourwalk.ca/site/TR?fr_id=1304&pg=entry).