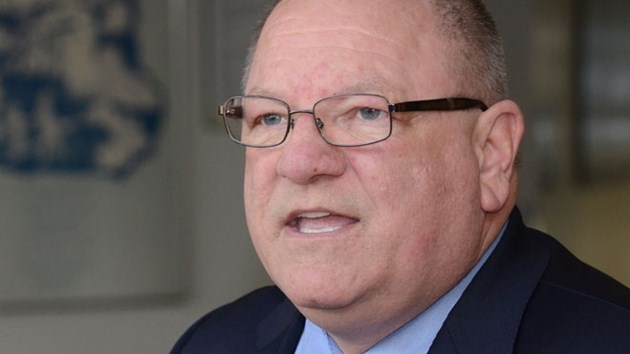 Inaccurate information on the Kingsway Entertainment District is contributing to a polarization of opinion on the project among both city councillors and members of the public, Mayor Brian Bigger said last night as he pushed pause on discussions about the project and called for a staff report to clear the air.

Councillors met behind closed doors for several hours prior to Tuesday's meeting, pushing the 6 p.m. start to around 8:50 p.m.

When the meeting was called to order, Mayor Brian Bigger did most of the talking, touching on some pressing issues that he and council have in front of them, while also calling for a special projects meeting on the Kingsway Entertainment District.

The decision to have staff prepare a report on the KED puts all investment in the project on hold until council can have further discussions. It’s a time-out of sorts to review, Bigger said.

In an interview with Sudbury.com today, the mayor said he expects the report in the second quarter of the year, possibly within eight to 10 weeks.

Bigger also said that after more than three years of developments on the KED, there is a great deal of confusion regarding the details of the project — both on the part of city councillors and members of the public.

In order to clear the air and ensure everyone — elected officials and the public in general — is on the same page regarding all aspects of the project, Bigger said he feels it is important that staff prepare a single document that lays out “factual information.”

“We need to get the information straight. I want to have relevant information in front of council,” he said. Right now, Bigger added there is a lot of “hearsay, opinions and not necessarily facts that may alter people’s perception of risk when making decisions.”

He said the COVID-19 pandemic and its short and long term effects on public gatherings is certainly a factor to consider, but said with the rollout of vaccines beginning the “road to recovery” on that front is before us.

The mayor, who voted for the downtown location over the KED, said despite his feelings, he has been working to support the will of council, the majority of which voted for the Kingsway location.

He said the report he is asking for is specific to the KED, the agreements and commitments that are in place, and the full scope of the project. It isn’t about weighing the Kingsway location against the downtown, or against the Project Now proposal.

However, given the polarization the mayor himself mentioned both among councillors and the public, we asked the mayor if the report could amount to a re-examination of the KED.

“I want to ensure the decision we made meets the needs of our community,” he responded. “Would I expect KED versus downtown to come up? Yes.”

Asked if council can walk back the KED decision, Bigger answered in the affirmative.

“Council at all times has the ability to reconsider decisions based on current information and the facts,” he said.

Asked about reversing the KED decisions and what the legal and financial implications of that might be, the mayor said, “That will likely be part of the report.”

Council did not set any boundaries on what the report should include, Bigger said; staff was asked only to provide all the relevant facts, information, agreements and decisions in the document.

“This will be the largest investment in the city’s history. That’s why I called for this report,” he said. “We need to get the facts straight on the information we’re basing our decisions on.”