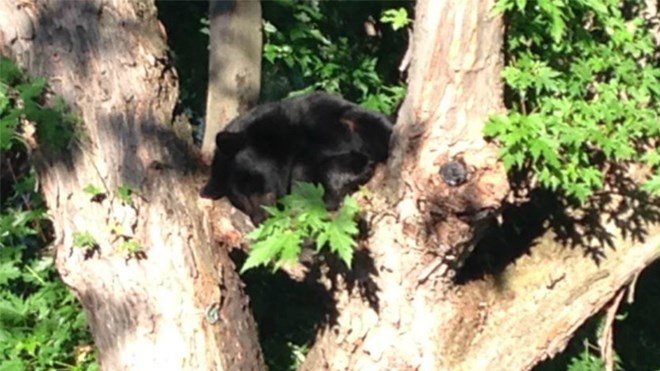 The report, “Does the Spring Bear Hunt Make ‘Cents?’” was researched and written by Dr. Mike Commito, a policy analyst with the Northern Policy Institute.

The report recommends reintroducing the spring bear hunt because it would be a boon to many Northern Ontario communities with strong outfitting industries.

Commito writes that reintroducing the spring bear hunt could generate millions of dollars annually for the province. In 1997, a provincial mail survey found that non-resident hunters spent $25.2-million on spring and fall black bear hunting.

“History has demonstrated that non-resident bear hunting, primarily individuals from the United States, has been big business for outfitters and guides in Northern Ontario, particularly during the spring season (1937-1998),” Commito writes in the report.

“While the 10 per cent harvest rate is generally applicable across the province, it could be too high in certain parts of Ontario’s Boreal Forest region, so it is important to keep stock of these local variances in terms of acceptable harvest rates,” Commito writes.

“Going back through the last 14 seasons, from 1999 to 2012, the estimated combined legal harvest for trappers and hunters is 75,754 black bears. This gives an expected annual average of 5,411 and therefore places Ontario in an acceptable harvest range of five to six per cent of the total population.”

While the report is being released amid a flurry of stories about human-bear conflicts in Sudbury and other Ontario communities, Commito said in an interview his study was focused on the future of the hunt as an economic opportunity.

"This study doesn't address human-bear conflicts," he said Friday. "Obviously, the release of the paper is coinciding with a lot of bears making headlines in the news (but) this is not meant to be viewed as a solution to those issues."

Instead, his report is timed to coincide with the end of the province's pilot program bringing the hunt back for two years. The hunt was cancelled in 1999 before being revived in some communities – including Sudbury – in 2013 on a trial basis.

"The two-year pilot ended in June, so for us, it was an opportunity to then put forward a policy recommendation,” Commito said.

“Currently, there's nothing on the books for next year as to what the government's going to do with the spring bear hunt. They haven't said whether they are going to bring it back completely or they're not going to do anything. That's why I wanted to write about this."

He hasn't gotten any feedback yet from the province on his report's findings, but hopes it will play a role in the decision-making process.

"I don't know whether it's made it into their hands, or if they have any thoughts on it. We'll have to wait and see what happens in the coming weeks and months."

A copy of “Does the Spring Bear Hunt Make ‘Cents?’” can be found on the institute's website at www.northernpolicy.ca.