Editor’s Note: The Co-operative Freshwater Ecology Unit was the recipient of a Community Builders Award of Excellence for Environment. The award was presented at a gala event Feb. 18, hosted by Laurentian Media, parent company of Northern Life.
Mar 16, 2010 2:42 PM By: Sudbury.com Staff 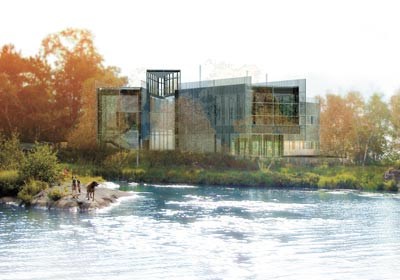 The City of Lakes owes a great deal of thanks to the Co-operative Freshwater Ecology Unit, a group of scientists who have laboured for more than 20 years on ambitious, innovative and internationally recognized lake restoration programs in Greater Sudbury.

While managing pollutants, preserving precious water resources, and documenting the process, these individuals pass on their knowledge to future generations of scientists and share their expertise with other environmental groups, while telling Sudbury’s success story around the world.

From an initial focus on restoration ecology of acid and metal-damaged waters of northeastern Ontario, the Co-op Unit has broadened its research to address multiple stressors that may affect the health of aquatic ecosystems. These stressors include climate change, invasive species, urban development, trace contaminants, aquaculture, loss of biodiversity and excessive exploitation.

“We are one of the few places on earth that has really turned the tide in dealing, in a larger way, with the damage to their water ... to the point we have fishable lakes downtown and almost eliminated the last of the acid lakes in Sudbury,” Gunn said. “We can’t even find them to take people out to see them anymore.

“It is encouraging to us, since we were clamouring about these issues 10 years ago, to have politicians talking about the lakes; using the lakes as an indication (that) this is a good place to live. We didn’t even talk about them before then. Without too much exaggeration, I would say the unit’s research and work has created the context of the City of Lakes.”

The Co-op Unit is tucked away doing its good work unpretentiously at a former MNR float plane base off Ramsey Lake Road. The unit will develop a higher profile next year when it moves into the $20-million, state-of-the-art, environmentally sensible building. The Vale Inco Living With Lakes Centre will be a global centre of excellence for freshwater protection and restoration. Located on Ramsey Lake, across from the main entrance to Laurentian University, it will be an architectual gem. The completion date for this building is March 2011.

The two-storey, 30,000 square foot centre is being lauded by the university as the symbol of environmental protection and restoration.

“We think it’s going to be an icon for sustainability,” Elizabeth Bamberger, the unit’s business manager, said.

The Co-op Unit at the Living with Lakes Centre will contribute to specialized courses at Laurentian, which will attract students and future researchers from across Canada to Sudbury. Previously, its scientists have supervised students in the PhD boreal ecology program, as well as master’s students, and numerous undergraduate-level students. After graduation, many of these students established successful careers in industry, government and academia.

Allison Merla, a professor in the School of Engineering Technology at Cambrian College, said the Co-op Unit has been an “invaluable resource, stepping in to share both equipment and expertise” with her students.

“The development of aquatic monitoring skill sets in students enrolled in the program was greatly enhanced through their ability to work with industry-relevant equipment and learn from experts...” Merla said, in her support letter for the Community Builder award.

The Co-op Unit plays “an important role in fostering and building a strong community of future environmental practitioners,” she said.

The Co-operative Freshwater Ecology Unit has received recognition and a number of awards for its work. These men and women deserve to take a bow for their contributions and for their continued efforts to make Sudbury a cleaner, healthier and greener community.

“We have seen pretty remarkable recovery (of lakes), but the story is far from over,” Keller said. “We still have a long way to go.”