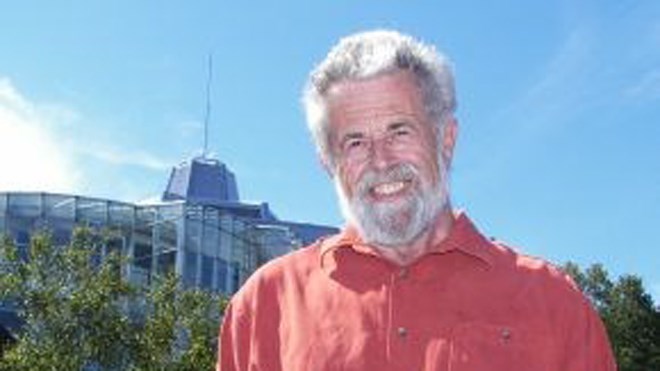 David Pearson, the founding director of Science North, was appointed to the Order of Ontario on Dec. 14. File photo.

David Pearson, the founding director of Science North, was appointed to the Order of Ontario on Dec. 14.

Pearson is one of 26 people who were given the province's highest honour for 2016. The Order of Ontario recognizes individuals whose exceptional achievement in their field has left a lasting legacy in the province, Canada and beyond.

Order members come from all walks of life and from across Ontario. They represent diverse professions and have played an important role in shaping the province.

Pearson is joined by such well-known Canadians as track and field icon Dononvan Bailey and CTV National News anchor Lisa LaFlamme as 2016 appointees to the Order of Ontario.

Appointments to the Order of Ontario are made on the recommendation of an independent advisory council based on public nominations.

“As Chancellor of the Order of Ontario, I proudly recognize 26 Ontarians who have demonstrated excellence and achievement at the highest level," said Elizabeth Dowdeswell,
Lieutenant Governor of Ontario.

"Having distinguished themselves in the fields of journalism, medicine, human rights advocacy, community building, the arts, and sport, they join a society of merit that has been an inspiration to Ontarians for 30 years. I offer them my warm congratulations on behalf of a grateful province.”