Scrapping it out: Carriere Industrial Supply donates $40K to the NCF with scrap metal 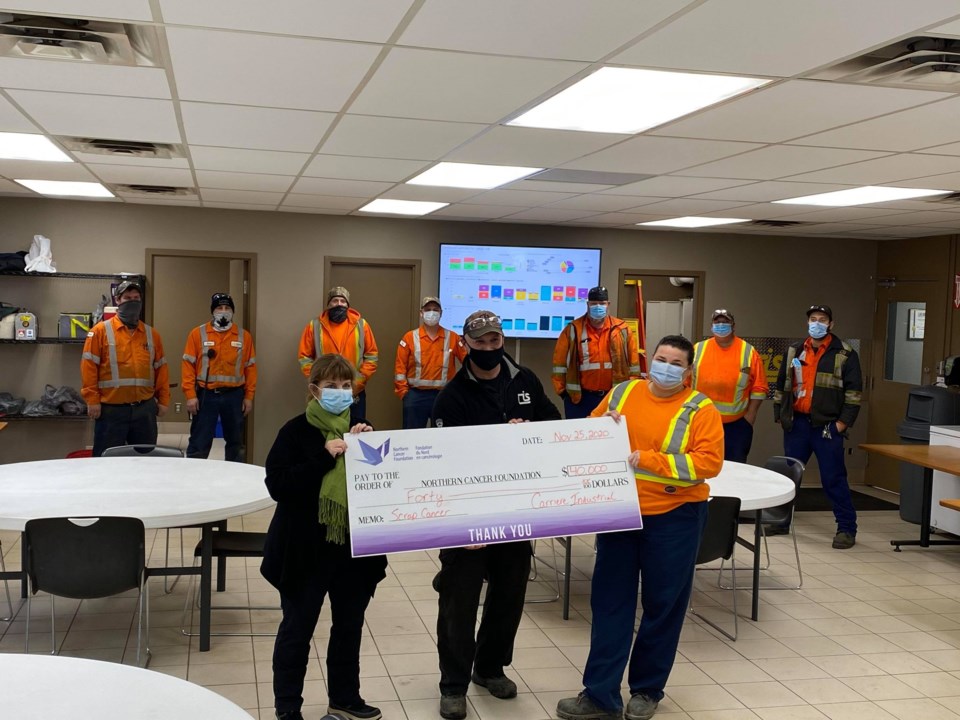 Six months worth of scrap metal has made a big dent in the fundraising efforts of the Northern Cancer Foundation.

Carriere Industrial Supply has been hard at work this past month removing six months of scrap from their yard to make a donation of $40,000 to the NCFfor this year’s SCRAP Cancer Campaign.

Over the past seven years, Carriere Industrial Supply has donated more than $200,000 in scrap metal to the SCRAP Cancer Campaign.

“This donation will go a long way in supporting cancer patients and their families here in Northeastern Ontario,” said Anthony Keating, president and CDO of Foundations and Volunteer Groups at HSN.