Selling off ONTC would have been $820-million boondoggle

Ontario's Auditor General said the provincial government misled Ontarians in its attempt to sell off the assets of the Ontario Northland Transportation Commission (ONTC). In her Dec.
0
Dec 10, 2013 9:47 PM By: Ian Ross - Northern Ontario Business 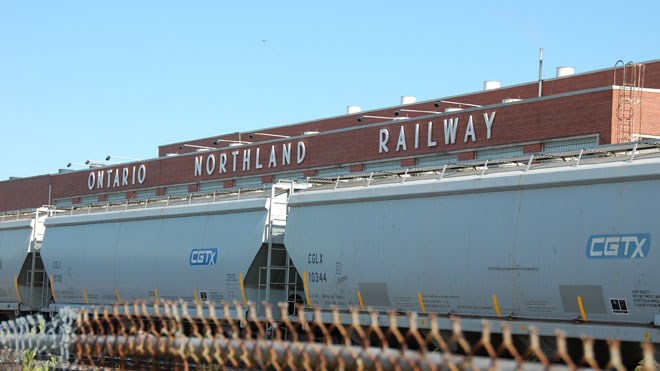 In her Dec. 10 report, Auditor General Bonnie Lysyk said the Ontario government jumped the gun in making its March 2012 divestment announcement to sell off the bus, rail and telecommunication assets of the North Bay-based ONTC before it had all the facts in.

“The government made the divestment announcement before doing a comprehensive business case analysis,” she said in a release. “As a result, the government did not initially have an accurate picture of the possible costs and impacts of the ONTC divestment.”

In what the government sold to Ontario taxpayers as a $265.9-million savings over three years would actually cost as much as $820 million in known costs and liabilities.

That's not taking into account the environmental cleanup of all of Ontario Northland's industrial properties and the government meeting its legal duty to consult with area First Nations.

The government thought it could recoup these costs over 10 years by transforming or selling off assets and no longer having to subsidy the Crown agency to the tune of between $70 million and $100 million each year in capital and operating monies.

The whole divestment move was made without consultation with affected stakeholders such as customers, unions, even senior management at the ONTC and its board of directors.

The Wynne government has since changed its posture with the creation earlier this year of a special stakeholders advisory committee under Northern Development and Mines Minister Michael Gravelle to seek advice from northeastern Ontario mayors, Aboriginal people and industry.

The auditor general found that the entire divestment process under Infrastructure Ontario was hardly clear. Lysyk said there was “no pre-established blueprint for the government to follow” which only added to the overall uncertainty surrounding roles and responsibilities for the many players involved in the divestment process.

In her findings, Lysyk discovered that the ONTC and the Ministry of Northern Development and Mines, under then-minister Rick Bartolucci, did not have a “trusting or open relationship” to ensure transparent communication.

“Better communications could have provided the government with more complete information.”

Nipissing MPP and Progressive Conservative finance critic Vic Fedeli, in whose riding the ONTC is headquartered, was quick to pounce.

“I have stated from day one there would be no savings from this, and today the auditor has confirmed that,” said Fedeli in a news release.
Fedeli initiated the auditor general's special report through a request he made last March.

“The auditor told me today that the Liberals were given her findings two weeks ago. Days later, they announce a sudden 'transformation.' There’s nothing honest or genuine about what the Liberals have said or are saying about Ontario Northland.”

Fedeli claims the Liberal government made a last-ditch effort to block his attempt to have new redacted Ontario Northland documents sent to the Estimates Committee.

“Kathleen Wynne pretends to be open and transparent, yet sends her attack dogs into committee today to keep the public from seeing these documents. It’s sheer hypocrisy,” said Fedeli.