A plan to build a three-storey, 275-bed long-term care facility on Silver Hills Drive in New Sudbury got the greenlight from the city's planning committee Monday. Also approved was a five-story retirement home with 160 rooms for residents.
Mar 8, 2016 1:40 AM By: Darren MacDonald 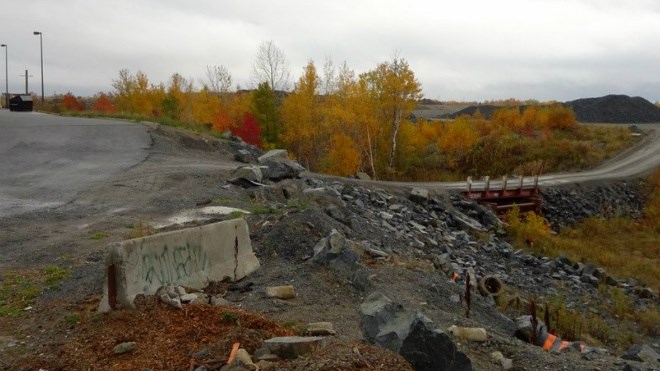 A plan to build a three-storey, 275-bed long-term care facility on Silver Hills Drive in New Sudbury got the greenlight from the city's planning committee Monday. Also approved was a five-story retirement home with 160 rooms for residents.

Both projects are part of a long-term plan by developer ARG DEVCO, a division of Interpaving Ltd., a company best known locally for its work repaving and rebuilding local roadways.

The Silver Hills Subdivision would be built in phases over several years and would eventually include 171 homes, 112 townhouses and 480 apartments.

The company is planning on building a major new road, Silver Hills Drive, which would connect to The Kingsway on one end, and the corner of Bancroft and Bellevue Avenue on the other.

Celia Teale, development manager at ARG Devco, said Monday that the company added the seniors complex to ensure it can offer a mix of residential options.

"We have an aging demographic and we want to be able to respond to the market,” Teale said. “So we thought that we would be proactive and incorporate some seniors housing into this community."

However, the development is within the Ramsey Lake watershed, sparking concern about protecting the lake. In a letter, Naomi Grant, chair of the Coalition for a Liveable Sudbury, said the project would mean a lot more people living next to a body of water 60,000 people rely on for drinking water.

“This would add several hundred units within the Ramsey Lake watershed without the benefit of a watershed study to inform the decision,” Grant wrote.

“We respectfully recommend that no further large developments be approved within the Ramsey Lake watershed until a proper watershed study is done.”

And Ellen Porter, co-chair of the Ramsey Lake Stewardship committee, said the Silver Hills development would be the second major project approved in recent months next to Ramsey Lake. That's a reference to a 147-unit development on Keast Drive approved last July.

Like Grant, Porter said until a watershed study is complete, the city should not allow more projects that could put more stress on the lake.

“The watershed effects need to be studied to avoid the further growth of blue-green algae blooms, contamination through runoff and other types of problems,” she wrote.

But city planner Glenn Ferguson said staff responsible for reviewing the project concluded it would have minimal impact on Ramsey.

"No activities that are proposed to be engaged in on these lands as a result of the rezoning are considered to be significant drinking water threats," Webb said. "We're recommending the application be approved."

And Teale said protecting the watershed has been incorporated into the company's plan.

"We have prepared a stormwater management plan that will control the quality and quantity of the water that will eventually go into a pond that will be located on Blueberry Hill, with enhanced trail system through there, as well," she said.

Ward 9 Coun. Deb McIntosh asked about what sort of pedestrian infrastructure will be part of the development.

"Would it be part of the site plan agreement where you would determine where interior sidewalks will be required in this development for the seniors complex?" she asked.

Eric Taylor, the city's manager of development approvals, said those details were part of a settlement reached after an appeal to the Ontario Municipal Board.

"There is a walkway located further to the east," Taylor said. "It was anticipated that it was the most likely location of municipal parkland.

"And there are sidewalks, as well as a bike path that have been included as part of the conditions on the draft approval. Those were part of the conditions that were appealed to the Ontario Municipal Board, and a settlement was reached between the city and those appellants as to how the Silver Hills Drive would be designed to incorporate active transportation."

Both sides of Silver Hills Drive will have sidewalks, he said, and there will be a three-metre, two-way bike path is located on the east side, the same as the seniors development.

"And we would be proposing that there would be pedestrian connections from the site to Silver Hills Drive," Taylor said.

The plan was approved unanimously, with Ward 11 Coun. Lynne Reynolds praising the project.

“I'm really pleased to see this kind of development coming to Ward 11,” Reynolds said. “It will serve the citizens of both New Sudbury and Minnow Lake who are looking for places to retire. It will be an asset to our whole city.”

To become official, the approval must be confirmed by city council at its meeting next month.